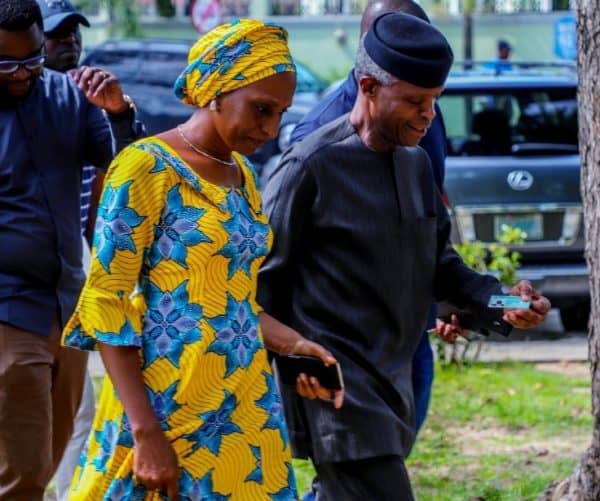 Vice President Yemi Osinbajo has voted at his Polling Unit 33,Victoria Garden City, Lagos in the governorship and state house of assembly elections.

The News Agency of Nigeria reports that Osinbajo arrived at the unit alongside his wife, Dolapo, at 10:45am and voted at 10:55am.

He expressed satisfaction with the peaceful and orderly conduct, adding that he was optimistic that more voters would turn out during the exercise.

The vice president urged Nigerians to continue to support the government in its plan to take the country to the “Next Level”.

Osinbajo said: “I think we have all that we require to make this country truly great.

“For me, all of us must work together across tribes and religions.

“We must come together to work with President Muhammadu Buhari and the government to achieve the best we can for this country.”

NAN reports that voting was delayed at the polling unit as the ad-hoc officials of the Independent National Electoral Commission did not arrive until 9:13am.

Voting eventually began at about 10:30am as the residents waited patiently to exercise their civic responsibilities.