Osinbajo to Ekiti monarchs: Why I didn’t visit you when I came for Fayemi’s mega rally

The Vice President, Prof. Yemi Osinbajo (SAN), on Wednesday called on traditional rulers in Ekiti State to ensure unity among people of various ethnic groups residing in their domains.
Osinbajo, who also gave the reason he could not visit the monarchs on Tuesday when he first visited the state, said working for unity in their various localities would assist the Federal Government to maintain peace in Ekiti State and other parts of the country.
The Vice President made the call at the palace of the Ewi of Ado-Ekiti, where he was hosted by Ekiti State Obas as part of his visit to the state to canvass support for the All Progressives Congress governorship candidate, Dr. Kayode Fayemi.
Osinbajo was accompanied on the visit by the Ondo State Governor, Rotimi Akeredolu; Fayemi; his running mate, Chief Bisi Egbeyemi, and senior party leaders and campaign officials.
The Vice President made a return to Ekiti State barely 24 hours after departing for Abuja and headed straight to the palace of the Ewi of Ado, Oba Adeyemo Adejugbe.
Osinbajo apologised for his inability to pay homage to the monarchs on Tuesday, which he attributed to an emergency assignment in Abuja.
He canvassed the traditional rulers’ backing for the candidacy of Fayemi, urging them to also collaborate with key stakeholders to ensure a peaceful conduct of the poll on July 14.
The nation’s number two man noted that since traditional rulers remain the custodians of culture and tradition, their roles are fundamental to uniting Nigerians.
He promised the monarchs that the Federal Government would continue to accord respect to the traditional institution in the country.
Osinbajo urged the traditional rulers to educate their subjects on various policies of the Federal Government put in place to better the lot of Nigerians.
According to him, the various social intervention schemes of the Muhammadu Buhari administration came on stream to improve standard of living of Nigerians.
Responding, the Chairman of Ekiti State Council of Traditional Rulers and Oloye of Oye-Ekiti, Oba Oluwole Ademolaju, said monarchs would always support the government in executing policies that will make life easier for the masses.
Oba Ademolaju lauded the Buhari administration for various achievements recorded in office.‎
Osinbajo also took a tour of the streets of Ado-Ekiti, where he interacted with residents. 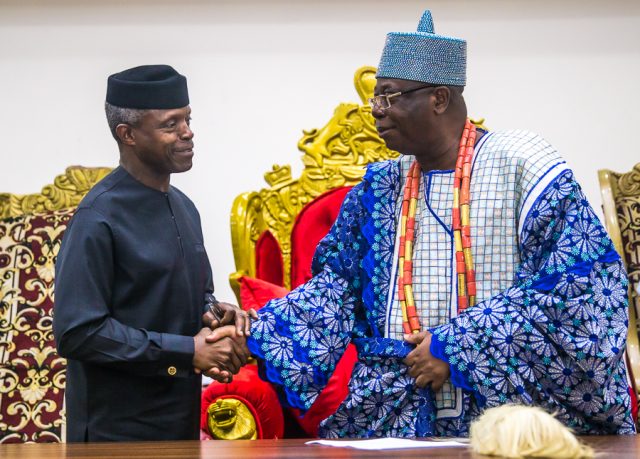 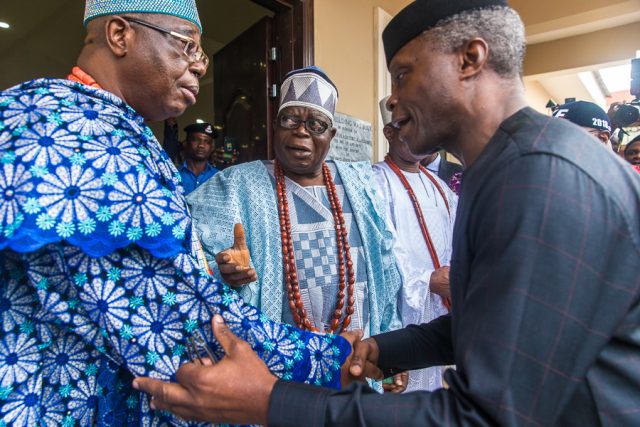 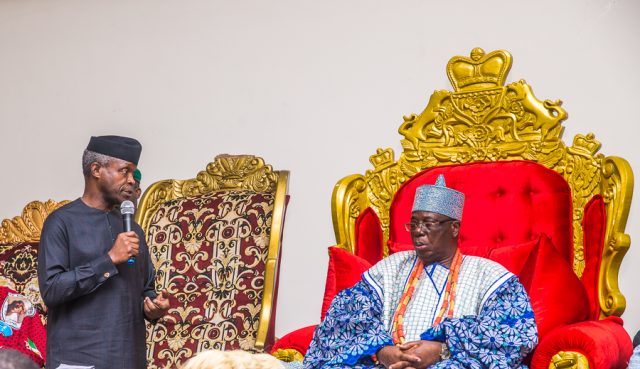 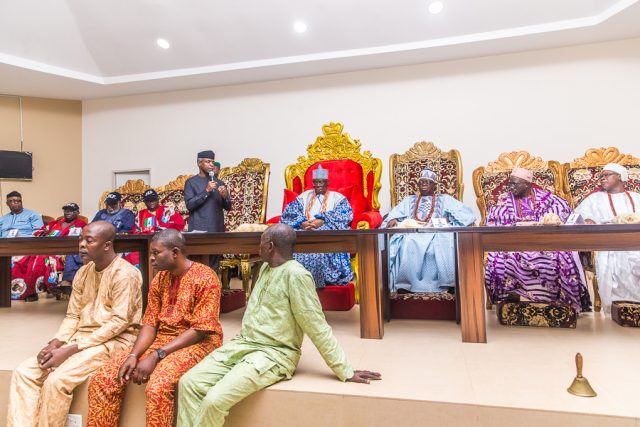 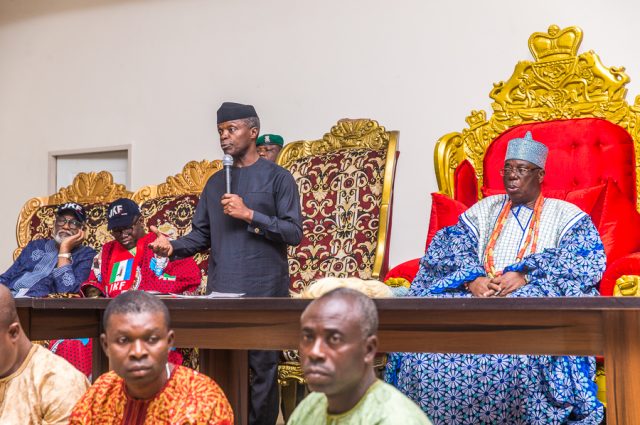 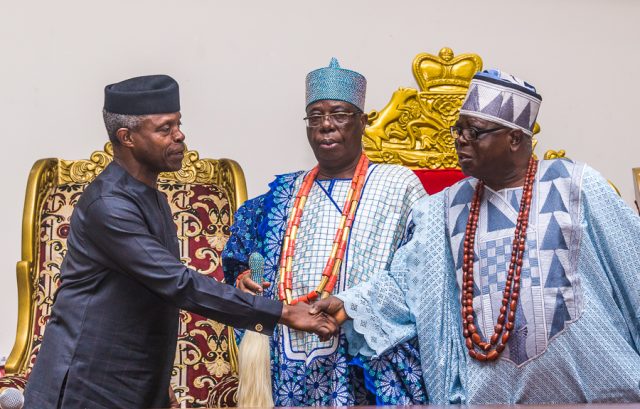 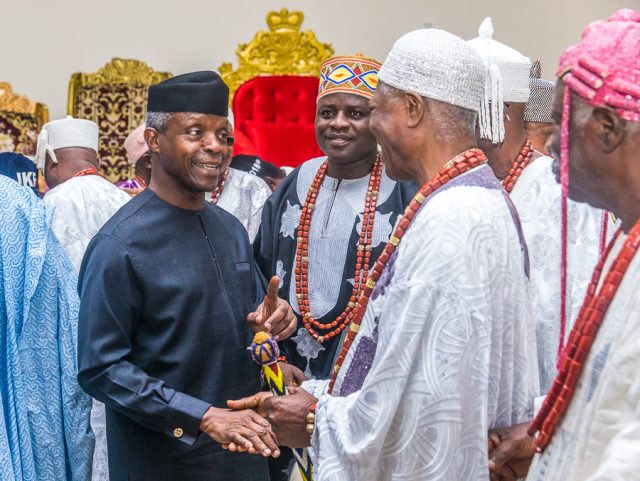 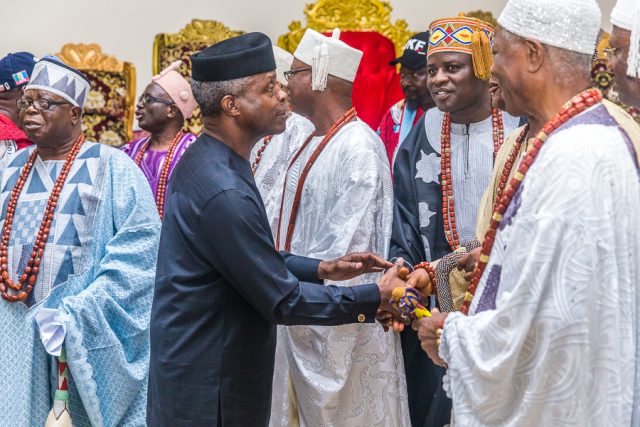 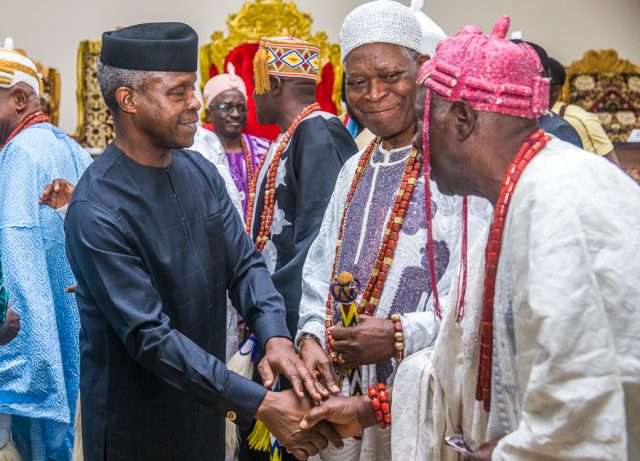 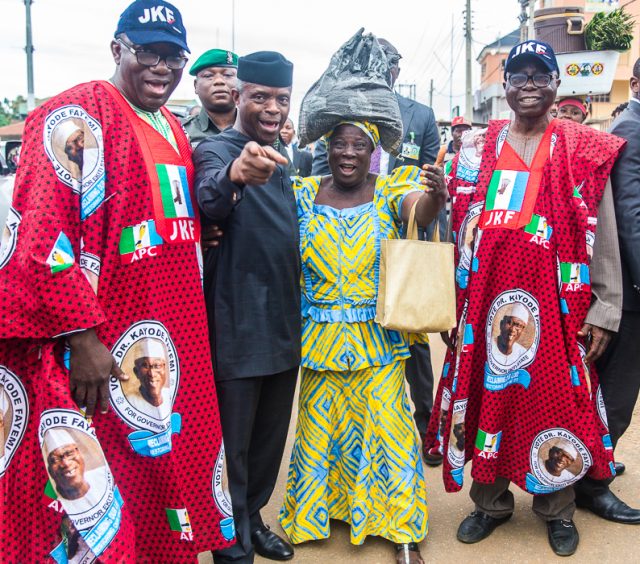 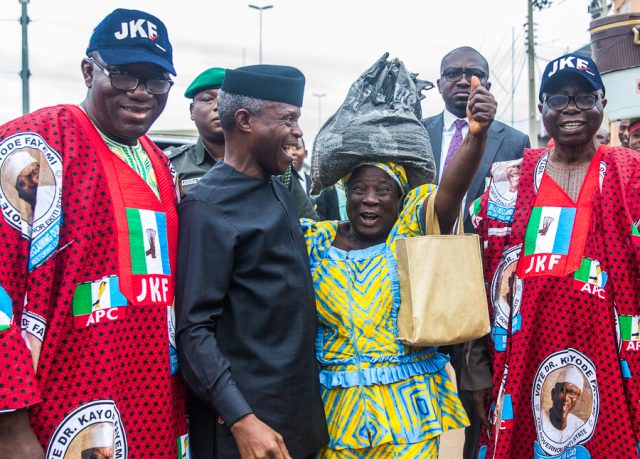 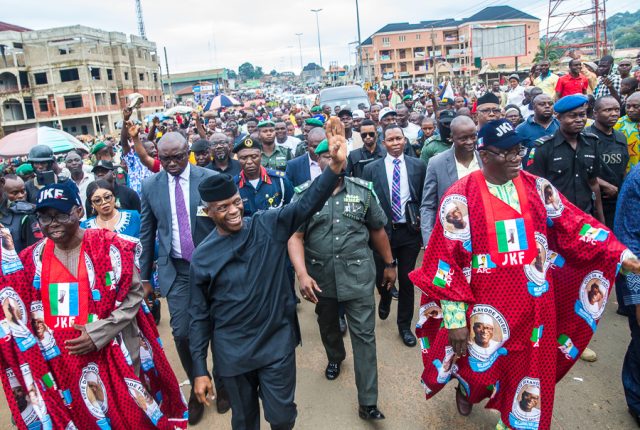 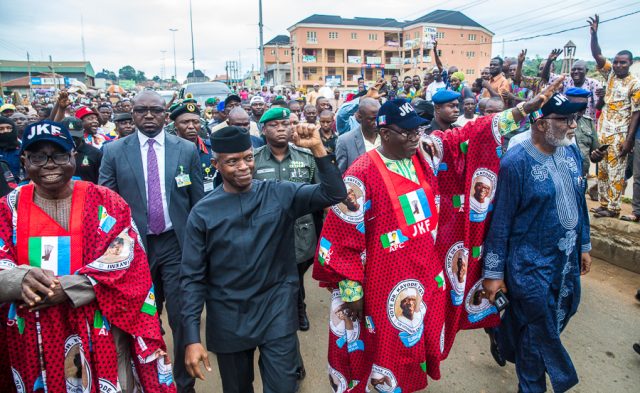 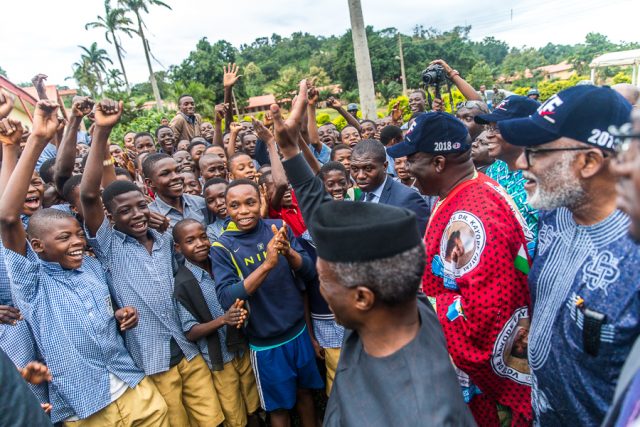 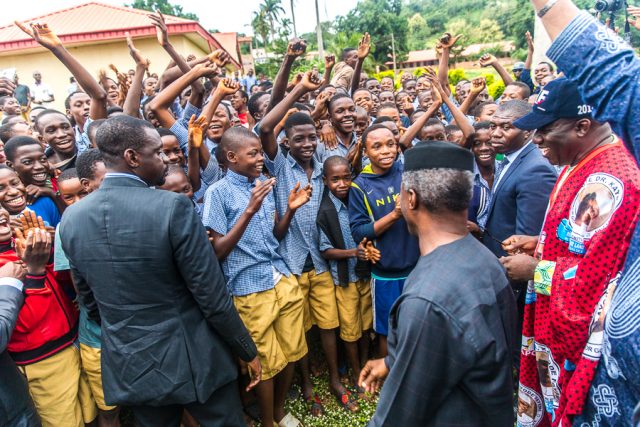 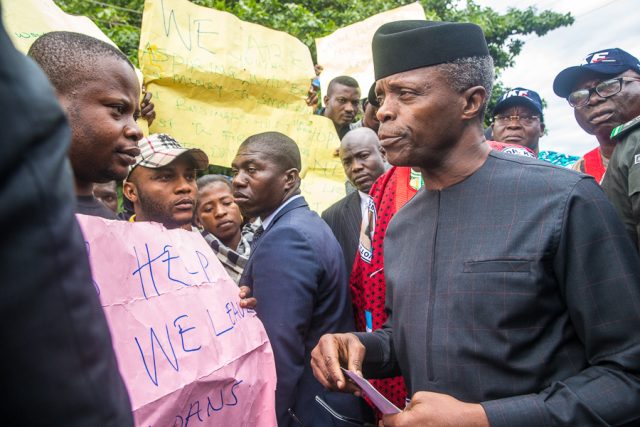