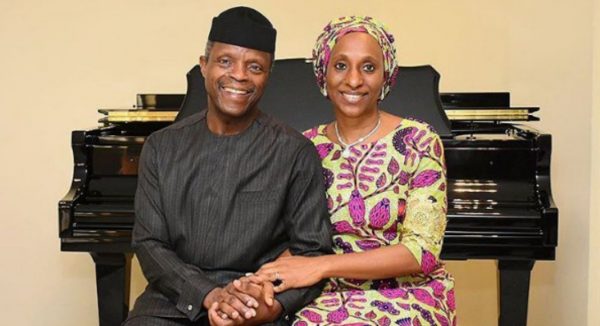 The Vice President, Prof. Yemi Osinbajo, on Sunday, prayed for peace and blessings for the people of Akwa Ibom as the state marked the 32nd anniversary of its creation.
Osinbajo, while preaching at a church service organised to mark the 32nd anniversary of the state in Uyo, said that all the prayers and blessings being pronounced were for the people of the state.
He said that the celebration was not only about the state, but its people, both at home and in the Diaspora.
Osinbajo, who titled his message “For I believe God”, said that “every prayer and blessing we pronounce today concerning Akwa Ibom is for you as the people of the state”.
Taking his text from Deuteronomy 33 verse 25 which says “As your age is, so shall your strength be”, the vice president prophesied that the strength of those who believed would be renewed with age.
He maintained that God’s promise, which defied human knowledge, meant that rather than diminishing with age, believing in God would make His people to grow stronger both physically and mentally.
Citing the case of Moses in Deuteronomy 34, he explained that despite being 120 years at the time of death, Moses was still physically strong.
“His eyes were not dim and his natural strength was still as it was when he was a young man.
“Naturally, when someone is older, he bears less fruit and becomes weak. But in your own case, you will remain more fruitful and you won’t be weaker, even in old age”, Osinbajo said.
He prayed, among other things, for multiplication and fruitfulness for the people of the state.
Speaking at the occasion, Governor Udom Emmanuel, who said that God’s faithfulness had seen the state growing in leaps and bounds within the past 32 years, hence its people had lots of reasons to celebrate.
He said that the Ibom Airline and other industries brought about in the last couple of years were indications that the state was making rapid progress.
Emmanuel said: “For Akwa Ibom, we believe God and we have every reason to thank God for today.
“For 30 years, Akwa Ibom remains the only state in Africa where you can conveniently fly your own aircraft (Ibom Air), move anywhere you want. Why shouldn’t she we thank God?”
The governor said that the belief that the economic foundation laid by his administration would provide jobs for the teeming youth in the state.
“We believe God that our agricultural revolution shall give us food sufficiently; we believe God that the massive industrialisation that we are undertaking shall provide what we want and that this state shall be called righteous by all means,” he said.
Emmanuel, while reflecting on the theme of the celebration “For I believe God”, expressed the belief that everything God had promised the state would become a reality.
He, however, recounted that great men in the Bible who put their trust in God usually succeeded.
He aligned himself with the prayers of David in Psalm 7, adding that he believed God that the ‘wickedness of the wicked’ would come to an end in the state.
He thanked the vice president for accepting to be physically present to inaugurate some of the projects executed by his administration, even as invoked God’s blessings on the state.
NAN reports that goodwill messages from governors of Imo, Oyo and Enugu states were read on their behalf by Governor Okezie Ikpeazu of Abia State.
“We are very happy with our brother Gov. Udom Emmanuel, not only because of the great things you are doing here, but because of the family you have created, the family of God’s children.”
“We pray that the Almighty will sustain the peace and economic prosperity that have enveloped Akwa Ibom,” Ikpeazu said.