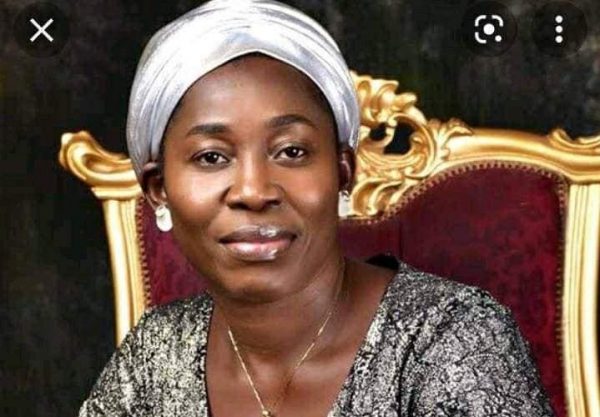 Amarachi Ezeh, the twin sister of late gospel singer, Osinachi Nwachukwu, has alleged that her husband, Peter Nwachukwu, refused to allow their mother to visit her sick sister.

Forty-two-year-old Ezeh testified for the prosecution before a Federal Capital Territory High Court, Abuja on Tuesday.

This was in the alleged culpable homicide case against Nwachukwu.

“He sent our mother out of his house after two weeks.

“A woman from Delta took our mother in and allowed her to stay in her house for one month.

“That was the last time our mother visited Osinachi.”

Ezeh alleged that Nwachukwu beat her sister when she was pregnant.

The witness narrated a particular incident where someone gave Osinachi N40,000 and on getting home, she said the defendant opened her purse, took the money, called her a thief, a prostitute and still beat her up.

The witness in her testimony corroborated most of the allegations earlier given by her mother and sister, Favour, on Monday.

The News Agency of Nigeria reports that in their earlier testimonies on Monday, they alleged that the late singer never helped her family because the defendant prevented her from doing so.

They also alleged that the defendant maltreated the deceased.

During cross-examination, the defendant’s counsel, I.A. Aliyu, asked the witness if she ever made any attempt to find out her sister’s medical condition from the doctors.

The witness said that she never did because the defendant stopped the family from doing so.

The witness shed tears while giving her testimony and at a point, the defendant too broke down in tears.

NAN also reports that the prosecution counsel, Aderonke Imana, had earlier in the proceeding made three oral applications.

The first one was brought pursuant to the provision of sections 156 and 158 of the Child Rights Act.

The application prayed the court to rule that persons other than the parties in the matter, court officials, correctional service staff and witnesses guardians should not be allowed in court when the witnesses would give their testimonies.

The second application was premised on Section 160 of the Child Rights Act and Section 209 of the Evidence Act.

The application prayed the court to allow the other two witnesses, the deceased’s  children who are minors, to give unsworn evidence.

The final application brought pursuant to section 1, 2 (1) and 157 of the Child Rights Act urged the court to allow the witnesses to be brought to the court blindfolded and their faces to be shielded.

The judge, Justice Njideka Nwosu-Iheme, asked the defendant’s counsel if he had an objection to the applications.

When Aliyu said he was not objecting to the application, the court granted the three applications.

Ruling on applications, the trial judge held that the applications were in the best interest of a child, whose interest must be considered as paramount during a proceeding by shielding the child while giving testimony.

The court had on June 3 ordered that the defendant be remanded in Kuje Correctional Centre after he pleaded not guilty to the alleged homicide charge filed against him by the Attorney-General of the Federation.

Nwachukwu is standing trial on a 23-count charge bordering on domestic violence and homicide instituted against him.

The defendant is accused of being responsible for the death of the late gospel singer who was popularly known for her song: “Ekwueme.”

Nwachukwu was arrested by the police after his wife Osinachi died on April 8 following widespread allegations by their children, family and colleagues that he battered her.