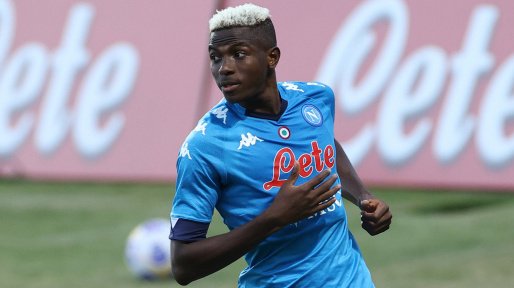 Napoli have won their appeal to reduce Victor Osimhen’s two-match ban, so he will be able to face Juventus this weekend in Serie A.

The Nigeria international was sent off for hitting out at Venezia player Daan Heymans during the opening game of the season.

Osimhen was initially handed a two-match ban, which would have ruled him out of both the trip to Genoa and the big clash with Juve.

Napoli were always confident an appeal to reduce the ban would be successful and they got the response they wanted on Tuesday evening.

Osimhen’s suspension has been halved from two games to one, so he will be available to play against Juventus on Saturday.

The club had argued he lashed out in reaction to Heymans and did not “punch” the player as was suggested by the original disciplinary commission report.

Napoli have won both their Serie A matches so far this season, whereas Juventus have just one point from two rounds.