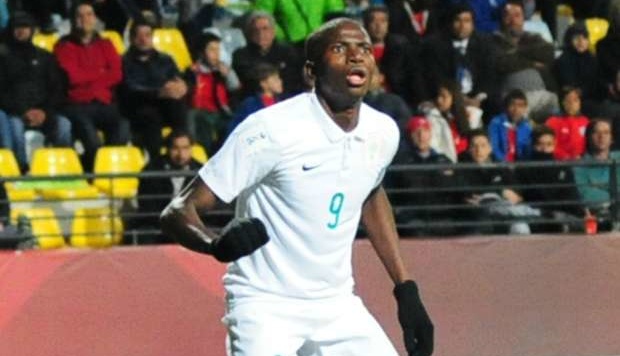 CAF Youth Player of the Year, Victor Osimhen, has denied having an agreement to travel to England for a transfer talk with Premier League giant, Arsenal, insisting Wolfsburg are the only contenders for his signature.
Reports emerged on Tuesday that Arsenal had offered the youngster a €4 million deal and was on his way to London to sign a contract.
But the 2015 FIFA U-17 World Cup Golden Boot winner said the Gunners were yet to establish an official contact with neither himself nor his representatives, insisting there was no truth in the report that he was traveling to London for discussion.
He said he had made up his mind to join Bundesliga outfit, Wolfsburg, after studying the developmental layout they prepared for him.
“Please, I didn’t ask the Gunners to pay me such money,” the CAF U-23 Nations Cup winner said.
“I haven’t even gotten in touch with them directly and I don’t know who’s making up this story.”
Osimhen said his international passport was with the German Embassy and he could travel next week to sign a contract with Wolfsburg.
The Ultimate Striker FC player was named the African Youth Player of the Year at the last Glo-CAF Awards after winning both FIFA U-17 World Cup and CAF U-23 AFCON titles.
The player said he was overwhelmed by the recognition and dedicated the award to his family and teammates.
“I feel great; getting this recognised is so overwhelming. 2015 was indeed an amazing year for me and my career. I am dedicating this award to my family, friends and team mates,” he said.