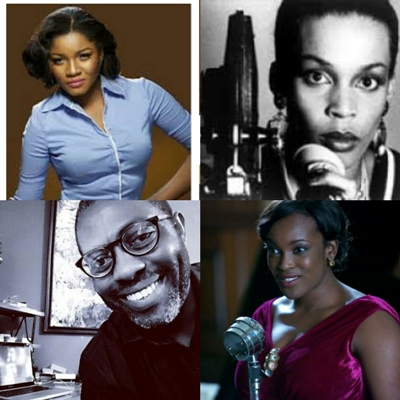 Four Nigerians in film have made The Academy of Motion Picture, Arts and Sciences newly released diverse list of 928 members.
The Academy, popularly known as the Oscars, made visibly improved racial and gender considerations in the 2018 list, according to.
This list, with about 49 percent of female invitees and 38 percent being people of colour, tops 2017 list of 774 peoples, 2016 list of 683 and 2015’s 322, according to Variety Magazine.
Among the diverse invitees are Nigerian actresses, Omotola Jalade-Ekeinde aka Omosexy, Wunmi Mosaku; film producer and directors Femi Odugbemi and Ngozi Onwurah.
News Agency of Nigeria reports that Jalade-Ekeinde is a leading Nollywood actress with over 300 films and multiple awards to her credit.
Wunmi Mosaku is a Nigerian-born British actress who won the 2017 BAFTA TV Award for Best Supporting Actress for her role as Gloria Taylor in the TV film ‘Damilola, Our Loved Boy’.
Femi Odugbemi is the award winning producer of ‘Tinsel’, ‘Battleground’ and a classic 2013 documentary titled ‘Literature, Language and Literalism’.
Ngozi Onwurah is a Nigerian-born British producer, director and lecturer who won the Best Short Film- Melbourne Film Festival, Australia and Best Documentary- Montreal Film Festival, Canada for ‘The Body Beautiful’.
The Academy invites notable industry professionals ranging from Actors to Writers, and two categories, Members-at-Large and Associates to accommodate individuals who have no defined branches in motion picture.
It is the world’s pre-eminent movie related organization, comprised of over eight thousand accomplished men and women working in cinema.
The Oscars had in previous years being accused of being ‘too white’ and less accommodating to other races.
Other notable invitees this year are ‘Girl’s Trip’ stars Jada Pinkett Smith and Tiffany Hadish; and ‘Black Panther’ star Daniel Kaluuya.