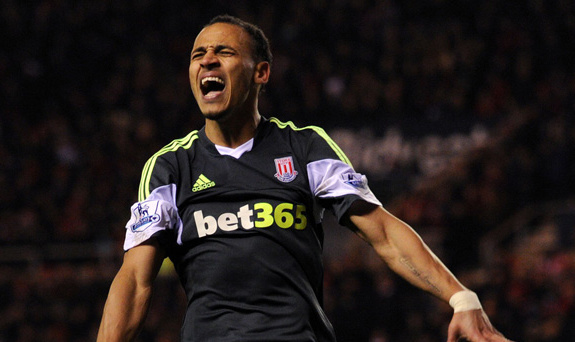 Former Premier League striker Osaze Odemwingie is set to become a professional golfer.
The Nigerian, aged 38, is currently going through his PGA training course and hopes to qualify for the EuroPro Tour via Q-School in the next year.
Odemwingie, a 3 handicapper, passed his playing test, where you must shoot 15-over or better over 36 holes at The Belfry.
The former Nigerian international made it with the final putt, which he compared to scoring a last-minute free kick.
“I made it with the last putt so it’s as good as scoring a last-minute free kick taking 3 points home,” he told Sky Sports.
“I’m ready to make some noise as a player as well I think.
“So within the next one year I have a plan to do the qualifying school on the EuroPro Tour.
“I think it’s achievable, I’ve improved as a golfer as well so I think there is a player in me.
“Last year it was 8 [his handicap], worked on the short game a lot. It became 3.”
Whilst it’s probably unrealistic that he does begin competing on the EuroPro Tour, the former striker hopes that at “minimum” he is able to help coach players from Nigeria and Russia, where his roots lie.
“Raise a few good golfers, create opportunities for golfers from the countries I came from and one day hopefully they will be saying ‘yeah he got me into the game and now I’m a tour player’,” he said.
“So that’s the minimum I want from the game.
“I’ll try as a player but it’s more likely looking like from the coaching aspect of it.”