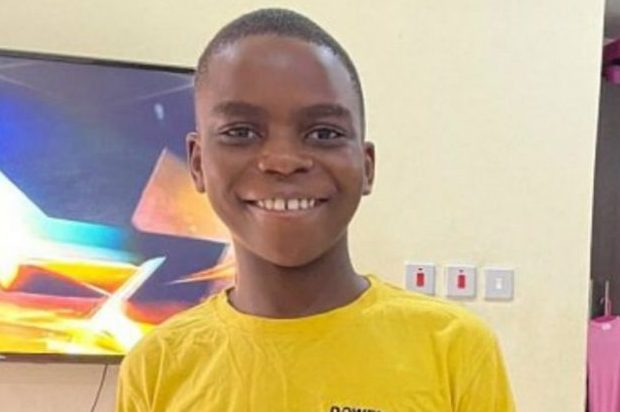 Agbo stated this while being cross-examined by counsel to the Oromoni’s family, Femi Falana (SAN).

The witness said that the black substance found in the intestines of the deceased in the second autopsy, was not given to him for examination.

The blackish substance was found in the second autopsy conducted by Dr Sokunle Soyemi, a pathologist with the Lagos State Teaching University Hospital (LASUTH).

It was believed to have contained a chemical intoxication that was allegedly forced down the throat of the school boy by some senior pupils at Dowen College that led to his death.

Falana asked the witness if any blackish substance was sent to the witness  for any examination from the Lagos State University Teaching Hospital (LASUTH).

He replied, “No, I did not get any request. I did not carry out test on the blackish substance.”

Agbo, who had worked with the State Criminal Investigation and Intelligence Department (SCIID) for 25 years, noted that he was contacted by the Police Area Commander in Warri, Delta that an autopsy was going to be done on the deceased.

He said that after the autopsy was carried out, he discussed it with the pathologist in the state, Dr Clement Vhriterhire, and received some samples for chemical analysis.

The witness, who affirmed he was the one who suggested to the pathologist in Warri what to send to him, said he carried out the physical examination at the microscopic level.

Agbo also said that it was normal to use clotted blood for toxicology when he was asked by Falana.

According to the witness, the Police laboratory in Alagbon, commissioned in 1997, is a functional laboratory for toxicology.

“In other words, yours is the only functional toxicology in Nigeria?,” Falana asked.

“I will not say that because the equipment sometimes breaks down and some people are called to fix it,” the witness replied.

The witness also said that he would have to go back and take stock when Falana asked him about the condition of the equipment from November 2021 to date.

Agbo, who said there was equipment for testing poisons, stressed that the functionality of a toxicology laboratory did not depend on the equipment but on the expertise.

“I used solvent and solid extraction procedures in testing the samples,” he said.

“You will agree with me therefore that if the biochemical assay has not been carried out, you cannot conclusively say that your report is final?,” Falana asked.

“No, I cannot say that because a biochemical assay is to know if the liver, heart and other vital organs were functioning very well before the cessation of life,” the witness replied.

The Coroner, Mikhail Kadiri, thereafter, adjourned proceedings until April 11 for continuation of hearing.

Recall that it was alleged by the Oromoni family that the 12-year-old student died on November 30, 2021, from injuries sustained in an attack by five senior students of Dowen College for refusing to join a cult.

It was also alleged that he was forced to drink a substance by his attackers.

Advice by the Lagos State Director of Public Prosecutions (DPP) released on Jan. 4, however, disputed the allegations.

It stated that an autopsy revealed the cause of the student’s death as acute bacterial pneumonia due to severe sepsis.