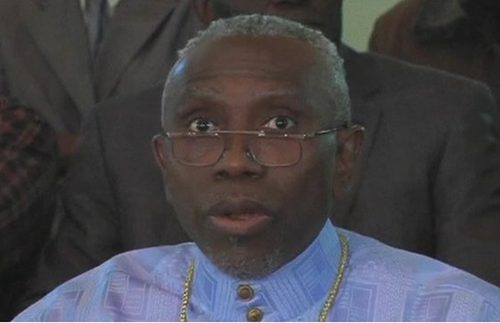 Pastor Ayo Oritsejafor, the President of the Christian Association of Nigeria, on Sunday in Abuja thanked outgoing President Goodluck Jonathan for conceding defeat to President-elect, Muhammadu Buhari, in the March 28 presidential election.

Oritsejafor, who spoke at the 2015 Presidential Thanksgiving and Interdenominational Church Service, lauded Jonathan’s exemplary humility in his official conducts as president.

The News Agency of Nigeria reports that the service was part of activities lined up for the May 29 presidential inauguration.

The CAN president, who presented an award of “outstanding Christian humility in public service” to Jonathan, thanked him for his commitment to the peace, unity and stability of the country.

He said: “We rejoice with you that the end of your tenure as president is greater than the beginning thereof.

“We present this award to you with great joy in our hearts.

“We wish to give you this award for your outstanding Christian humility in public service and commitment to peace, unity and stability of Nigeria.”

Oritsejafor, who also presented a special gift to Prof. Yemi Osibanjo, the Vice President-elect, and his wife, Dolapo, prayed for continued peace and unity of the country.

The News Agency of Nigeria reports that a special song ministration was rendered by Bayelsa Choir, Port Harcourt Men’s Ensemble, CAN Mass Choir and Solomon Lange, a popular Christian musician.

Cardinal John Onaiyekan, the Catholic Archbishop of Abuja, prayed for peace and unity among Nigerians.

According to the cleric, peace is critical to ensure effective utilisation of the country’s resources for the benefit of all.

Onaiyekan also prayed for God to give Nigeria victory over insecurity, corruption and bitterness.

The cleric prayed for wisdom for the incoming All Progressives Congress administration to govern the country with the fear of God.

Special prayers were offered for Jonathan and his family, the country, the judiciary, the church in Nigeria and Osinbajo.

Other dignitaries, who attended the service, were the Senate President, Senator David Mark, some former state governors, Ministers and Chief Executives of government functionaries.

Chief John Odigie-Oyegun, the APC National Chairman, led chieftains of the party to the service.