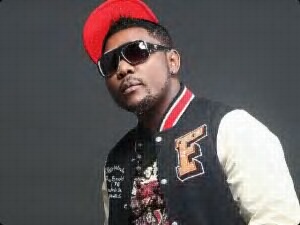 Popular Nigerian singer, Oritse Femi, has just lost his father.
The Delta State born act, who just started gaining unprecedented fame lately, following the release of his new hit album titled, Double Wahala, lost his 62-year-old father on Monday.
The deceased, we were told, didn’t show any sign of ill-health before he became suddenly ill.
He later died at the hospital he was rushed to.