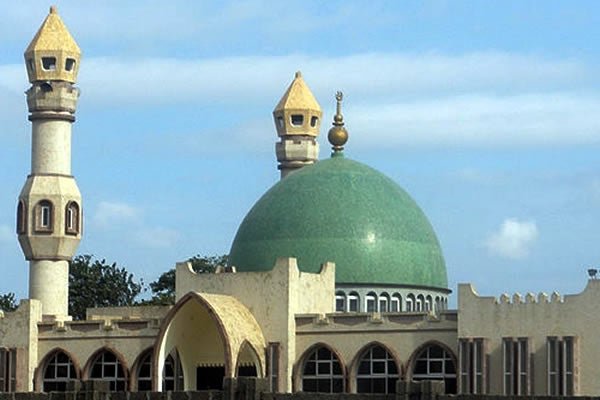 Introduction
Q33:36
1. General Definitions and Illustrations
Operationalising the Quran without Islamic state is a conscious effort by Muslims to live by the Quran in its essence and application covering both the mundane and spiritual aspects of their lives without the existence of any government established based of sharia law.

In other words, it is a deliberate determination to live by, with and for the holy Quran and the practical aspect of the life of Prophet Mohammad. By so doing, a Muslim forsakes or disregards all other forms of instructions from all other sources or authorities.

Prophet Mohammad was a living Quran talking about his character according to Aisha (R.A). To start with, let us examine the following scenarios:

• Another person saying after “Ya Allah, it is Ya iyase”.

• A Muslim couple waited for 25yrs with no issue, but needed to succumb to pressure of family tradition before a child can be given birth to.

Who among them had lived by the holy Quran please? NONE

It is not the responsibility of religion of Islam to stipulate the posture of sexual intercourse. But a Muslim who intends to live by and with the holy Quran and practical life of Prophet Mohammad does not require Islamic state to do that. He must make effort to be abreast of the pronouncements of Prophet Mohammad in this regard. For example, Islam prohibits intercourse at the anus. It was reported by Ahmad in Tirmidhi, Al-Nisai and Ibn Majah that the prophet was reported to have said “Do not approach women from the anus”

A woman of Ansar asked Prophet Mohammad concerning vaginal intercourse from the back, the Prophet recited Q2:223 “Your wives are a tilth to you, so go into your tilth as you will….”

Umar bn Khattab one day came to the Prophet saying “O Messenger of Allah, I am ruined” “what has ruined you?” asked the Prophet(saw). He replied, “Last night I turned my wife over” meaning that he had had vaginal intercourse with her from the back. The Prophet did not say anything to him until Q2:223 was revealed. Then the Prophet told Umar thus “From the front or the back, but avoid the anus and intercourse during menstruation” as reported by Ahmad in Tirmidhi.

Abu Hurairah (May Allah be pleased with him) said: The Messenger of Allah (ﷺ) said, “Beware of suspicion, for suspicion is the worst of false tales. Do not look for other’s faults. Do not spy one another, and do not practice Najsh (means to offer a high price for something in order to allure another customer who is interested in the thing). Do not be jealous of one another and do not nurse enmity against one another. Do not sever ties with one another. Become the slaves of Allah, and be brothers to one another as He commanded. A Muslim is the brother of a Muslim. He should neither oppress him nor humiliate him. The piety is here! The piety is here!” While saying so he pointed towards his chest. “It is enough evil for a Muslim to look down upon his Muslim brother. All things of a Muslim are inviolable for his brother in Faith: his blood, his wealth and his honour. Verily, Allah does not look to your bodies nor to your faces but He looks to your hearts and your deeds.”

Another narration is: “Do not feel envy against one another; do not nurse enmity; do not spy on one another and do not cheat one another. Be Allah’s slaves, brethren to one another.”

Another narration is: “Do not have estranged relations with one another. Do not nurse enmity and do not feel envy against one another. O Allah’s worshippers! Be brothers!”

Another narration is: “Do not estrange mutual relations and do not intervene into the transaction which is likely to be settled with another person.”
(See Riyadhu soliheen Hadith 1570)

iii.        On Businesses and Trade (Private or corporate)
By seeking halal income, we follow the footsteps of Allah’s prophet. Allah says in the Quran, “O Messengers, eat good things and do good deeds. I am well aware of what you do.” (Quran 23:51) Eating ‘good things’ means to eat halal.

Furthermore, Prophet Muhammad said: “Allah the Almighty is Pure and accepts only that which is pure.” Almighty said: ‘O you who believe! Eat of the good things that We have provided you’. (Quran 2:172)”. Eating halal food from halal income takes one to Paradise. Prophet Muhammad said, “Whoever eats the good and pure and acts in accordance with my way of life, and the people are safe from his harm, he will enter Paradise.”

The prayers of a person who eats, drinks, and wears clothes from halal income are answered. Prophet Mohammad (SAW) mentioned the case of a man who, having journeyed far, is dishevelled and dusty, and who spreads out his hands to the sky saying ‘O Lord! O Lord!’ while his food is haram (unlawful), his drink is haram, his clothing is haram, and he has been nourished with haram, so how can [his supplication] be answered?!”

The Prophet prophesied that a lax attitude towards one’s income is a sign of end times. He said, ‘There will come a time when a man will not care where his wealth comes from, whether (the source is) halal or haram.’. Halal income is blessed by Allah.

On the other hand, in religious matters, everything is permissible unless there is express Islamic proof against it. Based on this principle, most jobs and businesses are permissible with the following major exceptions:
1. Riba (interest), gambling, pornography, and liquor are haram, and no matter how attractive the financial rewards of engaging in those enterprises may seem to be, a Muslim must refrain from them. It is also not allowed to work in a company whose main business is riba (like a conventional bank) or gambling (like a casino). Scholars of Islamic jurisprudence are not unanimous on this.
2. Prostitution is haram. Likewise, Islam does not permit sexually provocative dancing or erotic activities, such as suggestive or obscene songs, or writing or producing sexually provocative materials. Working in a night club or dance hall is prohibited. Selling and making musical instruments is also not allowed.
3. It is haram to do business in swine, idols, statues, or anything of this sort whose consumption and use, Islam has prohibited. Islam prohibits the acquisition of statues and even more strongly the making of them. Photography and Photographers according to some scholars are not in this category.
4. Manufacturing intoxicants and offensive drugs. Islam prohibits any participation in the promotion of alcoholic beverages, whether it be in their manufacture, distribution, or consumption, and that anyone who participates in any of these is cursed by the Messenger of Allah. Working in a bar, liquor shop, or a company that makes alcoholic beverages is also not allowed.
5. Begging-This is absolutely discouraged. This, however, does not to mean that you must and cannot help others in dire need. In the Quran, it talks about two categories of people. Those that will ask for help directly without any hesitation and those that will hesitate and ask for help indirectly because they are deprived. Q70:25. Remember the Prophet said “The upper hand is better than the lower hand”

However, and most importantly to this gathering, is the issue of the Front Foundation College (FFC). To my own mind as an observer of events from outside, I am of the opinion that the college should be operated as a business entity and must be run with a business-like spirit. Where a school is run by Dawah Front of Nigeria, nothing less than high standard is expected having regard to the array of clear headed individuals being paraded by the organisation.

For the college to sustain its glory without any diminish in the quality of its products, the staffers must be well paid. The school must be self-sufficient. I submit here that the current school fees of the college should be reviewed. School business is a business per say and not fisebililah. The school business is halal and FFC must maintain and sustain its excellence by making adequate profit as much as possible.

Profit making is an integral part of Islamic law of contract, business dealings, trading activities, banking and finance etc. Management of the FFC are highly commended on the feat achieved so far. They must, however, do more in making more profit at least. It must be noted that no business venture of any Islamic organisation in the world thrives on membership donation alone. These are my opinions and they are expressed without any prejudiced please.

When commensurate profits are made from a lawful business or trade, workers definitely must be made happy. If you do not want corruption in your business or trade, do not tempt your workers to be corrupt. We are the best community ever raised for the entire humanity See Q3:110. We must exhibit this at all times in all spheres of our human endeavours. Allah will make it possible.

Do we need to be in Islamic society governed by sharia before you can be able to live by Quran? NO. This is because Islam as a religion is a universal religion and not limited or restricted by space or geographical location of any kind.

How do I live better with the Holy Quran?  Read the holy Quran with view to receiving messages from your lord and act upon it. Do not read the Quran with sonorous voice and ENJOY it. Do not just enjoy the Quran. Sonorous voice is part of beautifying the Quran in recitation though.

Do you need any one’s intervention to be able to effectively live by the Quran? NO. But you may listen to various humans’ opinions for the interpretation of the Quran based on their respective understanding. You get better Quranic understanding by making sure you INTERACT WITH IT STUDIOUSLY.

How do we surmount all the various obstacles making it difficult to live by the Quran? Engage yourself more in all the available spiritual activities in Islam and read at least one Juz’u of Quran in a day.

Do you need knowledge of Arabic to live by Quran? NO. if you know Arabic, it gives you opportunity to understand and interpret some technical wordings of the Quran.

Do you think lawful earnings is possible by living by the Quran? YES. Be optimistic in Allah. His favor is not restricted to any individual or group. It is to all.

Finally, do not read Muslims to interpret Quran and prophet Mohammad’s actions and in action. Use Quran to interpret the Quran. This is the best way to live by the Quran through interpretation.

May Allah give us all the better understanding of his message.

Thank you all for your attention.

. Agboke, Chief Imam and Chief Missionary of Albarka Islamic Society of Nigeria, who can be reached via: [email protected], @Barragboke and [email protected], delivered the lecture as the monthly Ta’alim session of Dawah Front of Nigeria held on January 10, 2021 at Kobiti Central Mosque, Kobiti, Abeokuta.