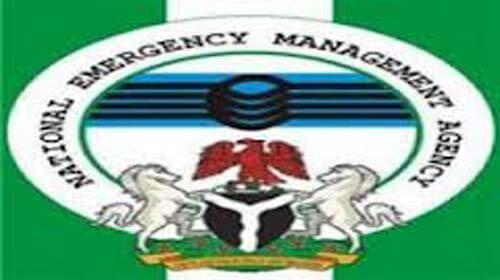 The National Emergency Management Agency said on Wednesday that it recorded only one critical accident within the South-East zone during its yuletide’s “Operation Eagle Eye”.
NEMA’s South East Zonal Co-Coordinator, Brandon Walson, made the disclosure in an interview with the News Agency of Nigeria in Enugu.
Walson said the two weeks operation was held between December 22 and January 5 within the major roads in the zone, where NEMA officials carried out a 24-hour patrol.
He listed the roads patrolled to include: Enugu-Onitsha Road, Enugu-Port Harcourt Road, Enugu-Abakaliki Road and Enugu-Nsukka-Obollo Afor Road.
He said the operation was a huge success as the rate of accident on those roads was reduced to the barest minimal.
Walson noted that the only critical accident happened on Christmas Day at about 7:30am at an exchange junction between the Enugu-Abakaliki Road and Enugu-Port Harcourt Road, popularly known as Naira Triangle Junction, in Enugu.
He said: “A Mack truck coming from Enugu-Abakaliki Road making an inter-exchange to Enugu-Port Harcourt Road mistakenly rammed into six vehicles and two tricycles that queued for fuel at the NNPC Mega Filling Station.
“Instantly, one person was killed and 15 other people were injured.
“NEMA’s team, other security agencies and pubic spirited individuals rushed the victims to a nearby hospital for medical attention.”
The NEMA boss noted that the agency also used the period to sensitise members of the public to the need to prevent disasters, whether natural or man-made.
Walson said: “We educated members of the public as well as distributed our information leaflets on disaster reduction and how best to be pro-active to reduce losses during disasters.”
Walson, however, lauded various security agencies for their roles on the roads, which made travelers had a smooth drive to their destinations during the yuletide.
He said: “I must commend the efforts of the Nigerian Army, Air-Force, Police, Nigeria Security and Civil Defence Corps and Federal Road Safety Corps during the yuletide period in ensuring that Nigerians are safe on the major roads.
“I will not fail to thank the motoring public for co-operating with our officials during the operation, which helped to make it a huge success.”