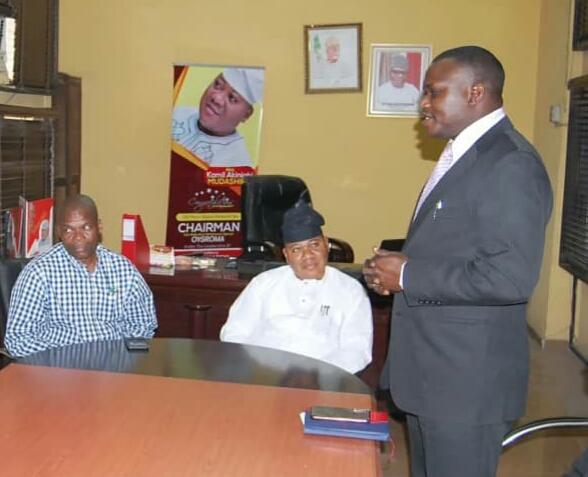 The management of Western Hotels Limited, a subsidiary of Odua Group of Companies, has commended Governor Seyi Makinde of Oyo State for his promptness in the rehabilitation of the internal road network of the hotel and major roads within the Ibadan metropolis, which has made vehicular and people’s movement less stressful.
The commendation was made in Ibadan by the Managing Director/CEO of the hotel, Abimbola Alagbe, during a courtesy visit to the Chairman, Oyo State Road Maintenance Agency, Hon. Kamil Akinlabi Mudashiru, in his office over the weekend.
Also present during the visit was the State Commissioner for Information, Culture and Tourism, Dr. Wasiu Olatunbosun, and other government officials.
According to Alagbe, the gesture of the State Government to rehabilitate the internal road network of the Premier Hotel was notable and historical as such repair work was done about 30 years ago.
He said: “I make bold to say that our passionate appeal for assistance on the resurfacing of our hotel internal road network to His Excellency, Governor Seyi Makinde, was given prompt approval and attention.
“This is a major rehabilitation in the last 30 years.
“The present administration in Oyo State, led by Governor Seyi Makinde, has given governance a human face.
“I can assure you and the whole world that the quality of the work done was unprecedented.
“We noticed same in the metropolis as many areas that were difficult to ply by motorists are now free due to recent repair works by the government agency.
“We are grateful to the government for the quality and standard in which the work was done.
“Within five days, the work was completed.
“We commend the level of professionalism that was put in place during the rehabilitation of the road network.”
In his remarks, Mudashiru noted that the assistance of the government, through the agency, was to fulfill its promise of improving the Internally Generated Revenue of Premier Hotel and the State at large.
He said: “Governor Seyi Makinde made a promise to improve the Internally Generated Revenue of the State, hence the rehabilitation of the Premier Hotel road network would improve their patronage and by extension that of the State.
“There was also a recent approval from the governor for our agency to reopen our offices at the local communities to replicate the work we are doing in the metropolis.
“It shows this administration is for the people.”
In his contribution, Olatunbosun stated that the State Government would continue to deliver dividends of democracy to the citizenry through the provision of basic amenities within the nooks and crannies of the state.
He said: “The present administration in the state led by Governor Seyi Makinde will continue to deliver dividends of democracy to the people through the provision of good roads, quality education, free qualitative health care, security of lives and property across the nooks and crannies of the State.”