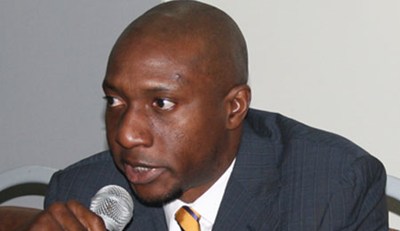 The Chief Executive, Nigerian Stock Exchange, Oscar Onyema, on Friday unveiled a foundation aimed at tackling the gap in the nation’ s educational system.
Speaking at the unveiling programme in Lagos, Onyema said that the foundation was instituted to expand access to formal education in Nigeria.
He said that the intiative tagged: “Oscar N. Onyema Foundation” was a not-for-profit and non-political organisation set up to transform the lives of less privileged children and youths.
He said: “The primary goal of the foundation is to support the continued effort to expand access to formal education in Nigeria, especially amongst indigent children and youths.”
Onyema said that the foundation would raise the bar in academic achievements and encourage positivity and hope to the less privileged families and communities.
He added that the foundation would invest in four key priority areas namely: Mentorship Programme, Scholarship Management Programme, Workforce Programme and Home Visitation.
Onyema said that the foundation identified and partner with any private, public or civil society organisation, institution or individual with similar objectives for the promotion of philanthropic activities.
|According to him, the foundation will identify areas of critical need in the education and development of underprivileged persons with a view to providing them such assistance appropriately.
Onyema said that ONO Foundation was also positioned with the goal of unlocking access to formal education for the less privileged youths.
Speaking, Tunde Folawiyo, the Chairman, Board of Trustees, ONO Foundation, commended Onyema for the initative aimed at transforming the country at large.
Folawiyo said that the foundation was borne out of an understanding that the society of our dreams could not materialise if its future (the children and the youth) were not properly trained, inspired and equipped.
He said: “This foundation is unique because its programmes are focussed, not just on education, but also on treating the emotional and mental challenges and ails faced by our children and youth, their families and our less privileged communities.”
The News Agency of Nigeria reports that ONO Foundation Trustees are: Margaret Onyema-Orakwusi, a lawyer and Principal Partner Margaret Onyema & Co and Ejim Dike, Executive Director, US Human Rights Network.
Others are: Sonnie Ayere, Managing Director, Dunn Loren Merrifield and Florence Otedola (Dj Cuppy), a musician and entrepreneur.

Kaduna govt. to give full scholarship to brilliant indigent students