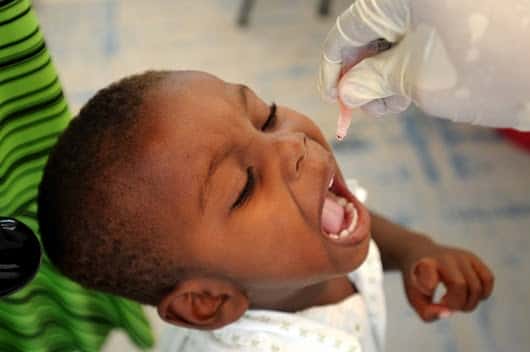 Share
Facebook Twitter LinkedIn Pinterest Email
The Kwara State Government says the ongoing Reactive Vaccination in Ifelodun Local Government Area and other neighbouring communities is to prevent the spread of Yellow Fever.
The state Commissioner for Health, Dr. Atolagbe Alege, made this known in a signed statement on Wednesday in Ilorin.
Alege explained that the vaccination exercise has no connection with the Nigerian Army and is not dangerous to children’s health as it has been rumoured by certain individuals.
According to Alege, the exercise is part of campaign towards preventing and eradicating yellow fever in the state.
He noted that the immunisation was being administered by qualified health personnel working with the ministry of health and the local government council officials.
Alege, who said the vaccination commenced on Saturday (October 14) and will run for 10 days, added that the exercise is supported by the World Health Organisation.
He also said the vaccination exercise has the support of the National Primary Health Care Development Agency and the National Centre for Disease Control.
The commissioner therefore appealed to traditional rulers, community leaders, religious leaders, school proprietors, parents/guardians and residents of the state to remain calm.
Alege also called on the people to support the ongoing immunisation exercise in the affected communities, adding “the vaccine is safe for our health”.
He restated the commitment of the state government towards quality healthcare delivery in the state.
Dr. Atolagbe Alege Ifelodun Local Government Area Ilorin Kwara State Vaccination
Share. Facebook Twitter Pinterest LinkedIn Tumblr Email