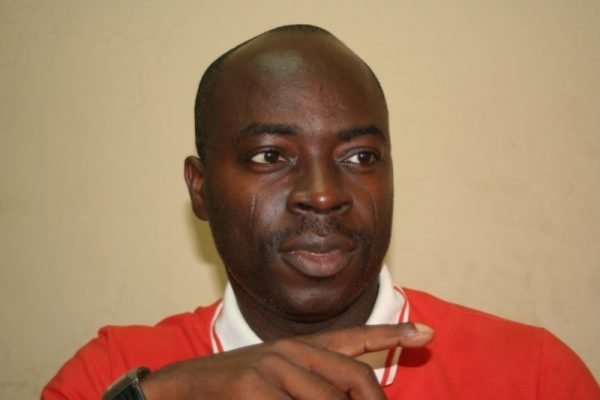 The ghoulish nature, which depicts the level to which the Nigerian state has sunk, was revealed two weeks ago with the abduction of a nonagenarian, Pa Uguoala, in Abia State.

Just open the pages of newspapers these days and you will marvel at the rate murderous groups operate, unleashing a reign of terror from state to state.

Due to the general insecurity in the land, it is now common for people to leave their houses peacefully in the morning and return in body bags a few hours later, with family members left to bear the anguish.

Pitiably, no one is truly safe from the devices of these blood-thirsty maniacs who have so far shown that they can always escape from the clutches of the state. Nigerians are being forced to flee certainty for uncertainty as agents of death move around with confidence, wreaking havoc. Usually, the government will say ‘we are on top of the situation’. But are they when hoodlums spend hours on a particular spot unleashing mayhem with no sign of security intervention?

I am sure 98-year-old Pa Uguoala, one time or the other, had contributed to the development of this country. At that age, he has seen it all and what is left is for him to continue to pray for members of his family and the country.

Only God knows what he suffered during the Nigerian civil war between July 6, 1967 and January 15, 1970 and he must have been praying that such a pogrom never happen in this land again.

A man loved by members of his family, one of his sons in the United States (U.S.) recently sent money and gifts to him and after receiving these, his joy knew no bound.

That fateful day, he was having a nice sleep with some of his grandchildren in his house at Egbeyi Ofosi Village when his abductors stormed the village in two motorcycles. He must have been woken when the front door was broken by the hoodlums.

At that age, I am sure he would have thought he was dreaming. The grandchildren were locked in a room and the abductors forcefully took the nonagenarian away. They later demanded for a N7 million ransom.

When I read the story, I just wondered how they took him away on the motorcycle. Have you ever seen a 98-year-old man? Obviously, he cannot be as agile as a man in his 20s. Was Pa Uguoala dragged on the floor? Did one of the abductors put the nonagenarian on his back and took him to the motorcycle? When they arrived at their destination, what did they feed him with? What went through their minds when they took him away? Were they lackadaisical in their attitude? What was the motivating factor? Quick money or political gain?

How will these kidnappers be treated when they grow up, that is if they even attain the age of this man they maltreated because they believed his children will pay the ransom? Why is life not worth more than a few naira notes in this country? Is it because value system is gone? Is it because those mandated to ensure safety of lives and property have been conditioned to beg for their daily survival from hoodlums? Do security agents also get their ‘cut’ from these kidnappers after every successful abduction?

This old man was with the abductors for seven days. Such a harrowing experience for a man who, God sparing his life in 2016, would be celebrating his 100th birthday.

Villagers were surprised when they saw him walking, with tired bones, to the village in the cloth he wore when he was abducted. In pains, he told policemen that he was dropped at Isialagwa North Junction which was about N70 fare to his village.

He said: “I told them (kidnappers) that at my age, I am not afraid to die. If they think they would get anything from me, they were mistaken. My tradition is to share whatever my children send to me from overseas with indigent villagers. I told them that before they kidnapped me, I had shared the money sent to me from abroad and I had just N2,000 left,”

From Sokoto to Ibadan, Enugu to Port Harcourt, it is the same story line: insecurity.
Or else, how does a sane country explain what happened last Sunday morning in Ibadan when some assassins stormed Olorunsogo area of the city?

After every crime or killing, some Nigerians are liable to dismiss it as the victim reaping the fruit of  ‘a deal gone sour’ or a deal in which he tried to cheat his fellow partners. That is where the problem lies.

A crime is a crime anytime. If, due to annoyance, you kill a fellow being, you are guilty of murder or, if you are lucky, a manslaughter.

If your partner cheats you in a deal and you kill him, you are still guilty of murder or manslaughter. It is only in a war situation that you kill or be killed. There is no law which legalises killing to settle business scores.

According to reports, last Sunday, the assassins stormed Olorunsogo, looking for a land speculator. Only God knows what must have happened before the invasion by the killers but the outcome of their action was brutal.

Their target was said to be in a nearby mosque, praying when the assassins entered his house.

Because they didn’t see him, the wife was killed immediately.

His mother, who heard the agonising scream of the daughter-in-law, came out of her room and she was also killed. They left the house without picking any item.

In this country, it is one week, one trouble and Nigerians are wondering what security agencies are doing to arrest the situation. Instead of collaborating, they are often busy fighting for supremacy which was what happened in Ibadan the day before the two women were killed.

Men of the Nigeria Police Force (NPF) and officers of the Nigeria Security and Civil Defence Corps (NSCDC) fought over who should arrest a suspected vandal.

The suspect, Okeola Emmanuel, was arrested along the Oyo-Ogbomoso road in a Toyota Hilux van containing 15 25-litre jerry cans of petrol.

As he was being taken to the NSCDC office, some policemen ‘waylaid’ the team and demanded that the suspect be surrendered to them.

The needless pandemonium which followed was unprecedented as bullets and tear gas canisters were fired. Tyres of the vehicle of the NSCDC officers were deflated and the policemen eventually took the suspect away. People ran helter-skelter just because security agents mandated to protect them, were fighting over who should arrest a suspect.

If one or two of the security agents had died during the melee, what would have been the justification for the killing?

Days before, NSCDC officers stormed the office of the Joint Admissions and Matriculations Board (JAMB) in Lokoja, Kogi State and beat workers to stupor just because they wanted the contract of  securing the office. Journalists who were around were also molested.

Does it make sense for NSCDC officers to storm JAMB office and beat up staff just because the examination body refused to engage their services?

Thinking aloud now, what has happened to the command structure of security agencies, such that now, some officers can just unleash mayhem and return to their offices? Although four of the NSCDC officers have since been suspended, is that not just begging the question?

What type of system will allow security agents to take laws into their hands? If some JAMB officials had been killed during the invasion, what would have been the lot of their family members?

During the invasion, a senior officer was even alleged to have told his men to shoot any JAMB official who refused to surrender him or herself to beating.

With scores confirmed dead in yesterday’s bombings in Kaduna, what a country.

Naval base in Kano: An absurdity?, by Ibrahim Modibbo