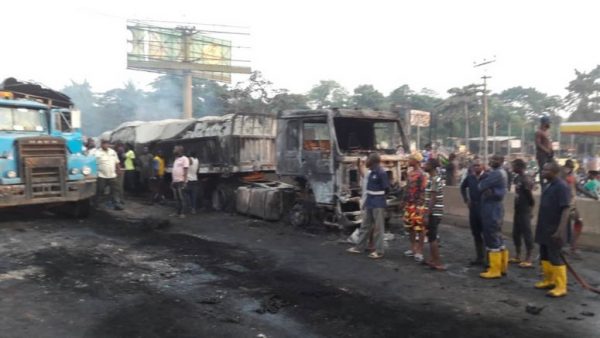 A passenger died while two others sustained injuries in an accident that occurred on Ipetu-Ijesa-Ilesa expressway in Osun State, the Sector Commander, Federal Road Safety Corps, Kudirat Ibrahim, disclosed in a statement on Friday in Osogbo.

Ibrahim said the accident occurred about 9:36pm on Thursday.

She said: “We received a distress call about 9:50p.m. on Thursday that a green Volkswagen car marked FFA889KA had a head-on collision with a heavy duty truck also marked DKA374XA.

“A male and two female passengers were involved in the accident.

Ibrahim said the injured victims have been hospitalised, while the deceased is in a morgue at a nearby hospital.

The sector commander reminded motorists of the need to drive safely on highways, adding that safety must not be treated with levity.

“Anything capable of leading to loss of lives and property or injuries on highways must be avoided,” Ibrahim said.