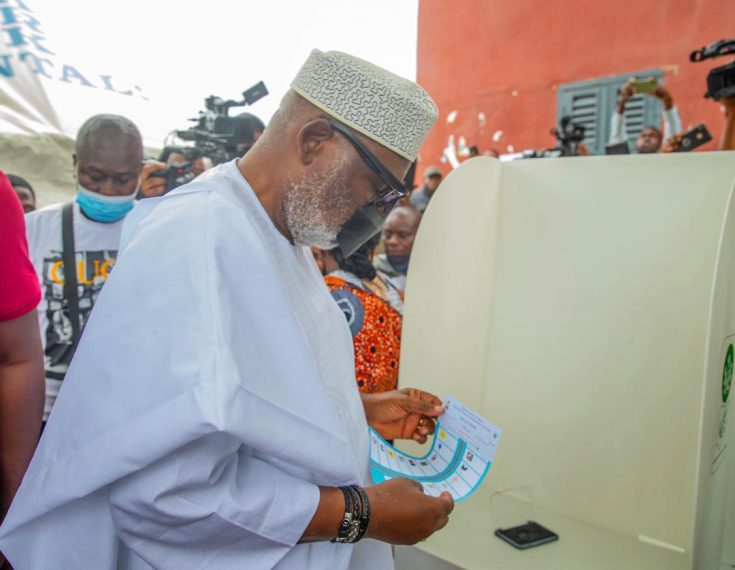 Governor Oluwarotimi Akeredolu, the All Progressives Congress candidate for the Ondo 2020 governorship election, has maintained his lead in 12 local government areas as announced by the Independent National Electoral Commission  in Akure.

Akeredolu, who was leading in nine of the12 local governments earlier announced, has won in three more local goverment areas of Ose, Okitipupa, and Ondo West.

The News Agency of Nigeria reports that Akeredolu scored 15,152 votes in  Ose Local Government to beat Eyitayo Jegede of the Peoples Democratic Party  and Agboola Ajayi of the ZLP,  who scored 8,421 and 1,083 votes respectively.

PDP  won in Akure South, Akure North, and Ifedore LGAs, while ZLP did not win in any local government.

NAN also reports that as at the time of filing this report, results from only three of the 18 local government areas of the State were being awaited by the electoral umpire.

PDP Governors meet over state of the nation, other issues