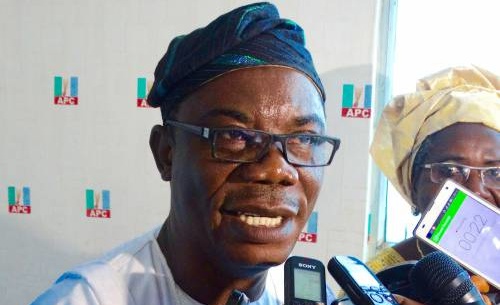 Isaac Kekemeke, a governorship aspirant on the platform of the All Progressives Congress for the upcoming election in Ondo State, has promised to accept the decision of the reconciliation committee led by a chieftain of the party, Chief Bisi Akande.
Kekemeke made this known on Saturday in an interview with the News Agency of Nigeria in Akure.
The aspirant, who passed a vote of confidence on the leadership of Akande, said he was optimistic that the panel would take care of the interest of every member of the party in the state.
He said the speculation on social media that the committee would be biased in handling the crisis rocking the party in the state was baseless.
Kekemeke said most of the leaders in the APC Advisory Council in the state had distanced themselves from the social media report.
He said: “Whoever made such comment does not represent our own feelings or what we think as members of the Advisory Council.
“That is the Unity Group I know in the state.
“The APC Advisory Council under the chairmanship of Ali Olanusi will work with the panel to bring genuine reconciliation to the party.
“Everyone who loves the party, young and old, should pursue the path of peace.
“This does not mean that we have supported the second term ambition of Governor Rotimi Akeredolu.”
Kekemeke said the core mandate of the council in the state was to bring every member of the party together as a big family in order to build a formidable team during the forthcoming election.
He said: “This does not necessarily mean that the group has adopted any candidate yet as it is being rumoured in some quarters.
“The division we have in the party is normal.
“A party is a big forum where interests are pursued for individuals to realise their political dreams.
“So, there is nothing unusual if we have internal tendencies within the party.
“What is unacceptable is for any individual to allow the minor conflicts to hurt the party as a whole.”
Kekemeke promised to solicit support for the party by sensitising members and the generality of the people of the state.