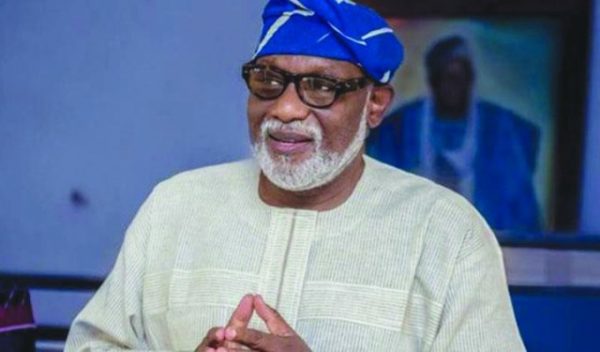 The Ondo State Government says it has carried out a mass burial of 496 unclaimed corpses at the Akure and Ondo morgues of the University of Medical Science Teaching Hospital.

The Special Adviser to Governor Rotimi Akeredolu on Health, Prof. Dayo Faduyile, said this on Tuesday in Akure.

Faduyile, who spoke with newsmen, said the move was a follow-up on an assessment tour of the morgues towards decongesting them.

He said that government officials recently embarked on an assessment tour of the morgues in the two health facilities.

He said that he observed with dismay the gory state of the morgues, being jam-packed with unclaimed bodies spanning a year and above.

Faduyile said the development prompted his putting up a strong memo to Governor Akeredolu on the urgent need to decongest and rehabilitate the morgues, which he noted had turned to an eyesore.

He added that the Governor did not hesitate to approve the memo for the mass burial to avoid imminent outbreak of epidemic diseases in the state.

The SA, who is a pathologist, said his office followed all due processes by putting necessary machineries in place for a hitch-free mass burial activity.

He identified part of the activities to include obtaining a mass burial permit from the Magistrate Court, Oke-Eda, Akure and securing a parcel of land at Odigbo Local Government Area from the State Ministry of Lands and Housing for the mass burial.

Faduyile said: “There was also an advertisement on the plan for the mass burial on the print and electronic media and giving a 21-day period to reclaim the unclaimed bodies in compliance with the extent laws of the land.

“In all, 87 bodies were identified and known with their name tags, while 409 were unknown and a total of 496 bodies underwent mass burial.

“The 21-day ultimatum as publicised on print and electronic media commenced on August 1 and lapsed on August 21, with commencement of preparations for the mass burial.”

Faduyile said that the mass burial was carried out on September 2, 2022 in the presence of security operatives.

“The bodies were buried in a deep grave of 10 by 10 feet wide, and 18 feet depth at the allocated land by the state government,” he added.
—