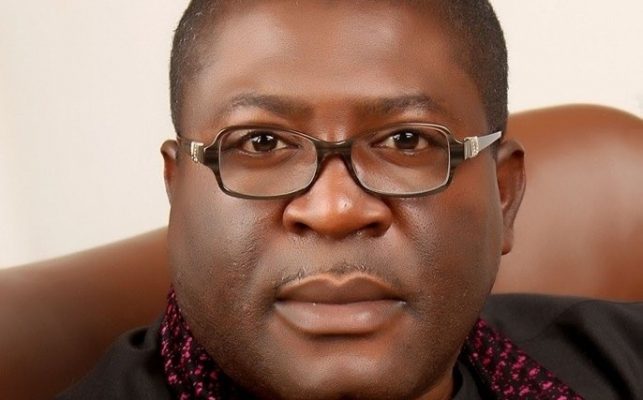 The Deputy Governor of Imo State, Prince Eze Madumere, on Monday said the All Progressives Congress’s victory in the Ondo State gubernatorial elections “is a victory for democracy”.
Madumere said this in an interview with the News Agency of Nigeria in Abuja while reacting to the election results.
He said that the victory was a referendum by the people of Ondo State to join the “progressives” in reengineering Nigeria
Madumere said: “First and foremost, I want to congratulate the governor-elect on his resounding victory at the polls. I also felicitate with our great party, All Progressives Congress.
“I congratulate specially the good people of Ondo for honouring the call to join hands to rebuild the state and Nigeria at large.”
The Imo State Deputy Governor, who congratulated Chief Rotimi Akeredolu on his well deserved victory, said his victory was a testimony of the giant strides of President Muhammadu Buhari-led Federal Government.
He expressed confidence in the political vibrancy of APC, saying that the victory was earned by the party’s resilience and closeness to the people.
He said: “Let me also remind you that while others were busy quarrelling, our party campaigned vigorously with progressive’ Governors’ Forum Chairman, Owelle Rochas Okorocha, and other party leaders.”
Madumere said that APC had demonstrated its sincerity in building a prosperous Nigeria which everyone would be proud of.
According to him, it is sincerity of purpose that has endeared it to the people thereby bringing more states under its control.
Madumeresaid: “APC is rebuilding a new Nigeria with sincerity and no state will want to be left out.”
The deputy governor also noted that the election was not only credible but free and fair with large turnout of voters.
APC’s Akeredolu polled 244,842 votes to coast home with victory over his closest rival, Eyitayo Jegede of the Peoples Democratic Party, who polled 150,380 votes.