The Chief Judge of Ondo State, Justice Oluwatoyin Akeredolu, has rejected the request of the State House of Assembly to set up a panel to investigate the State Deputy Governor, Agboola Ajayi, for the purpose of removing him from office.

The CJ stated this in a four-page response to the request by the House of Assembly for the Deputy Governor’s impeachment proceedings to commence.

Akeredolu, in the letter dated July 9, 2020 and addressed to the Speaker, Bamidele Oleyelogun, said one of the reasons was that the House was yet to meet the constitutional requirements for the removal of Ajayi from office.

She also told the lawmakers that the issue was sub judice as Ajayi was already in court over it.

She wrote in part: “The Honourable members of the House of Assembly have not completed the constitutional process that would lead your (Speaker) very good self to invite my humble self to set up a panel of 7 to investigate the allegation of gross misconduct as stipulated in the constitution.

“Furthermore, I wish to bring to your notice a copy of letter which I received earlier today (Thursday) from Kayode Olagoke SAN, which tells me clearly that the matter of impeachment of Hon. Alfred Agboola Ajayi, Deputy Governor of Ondo State is sub judice.”

The House was in commotion earlier in the week when 14 of the 26 members of the Assembly served the impeachment notice on the Deputy Governor, accusing him of gross misconduct.

Ajayi, who had been at loggerheads with the Governor, Rotimi Akeredolu, had left the All Progressives Congress for the Peoples Democratic Party, a few days before some members of the House moved against him. 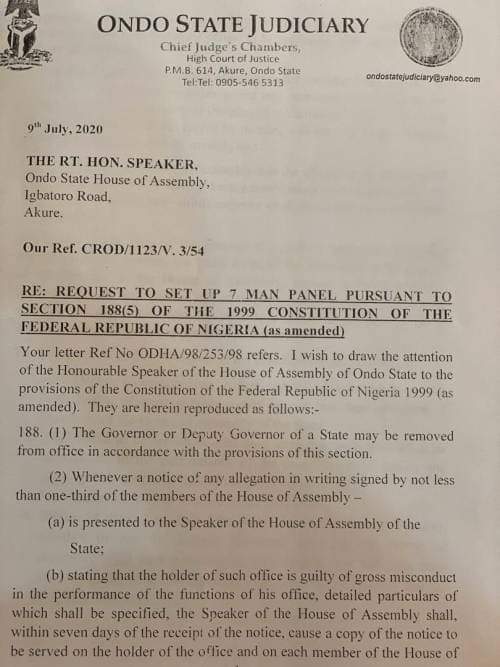 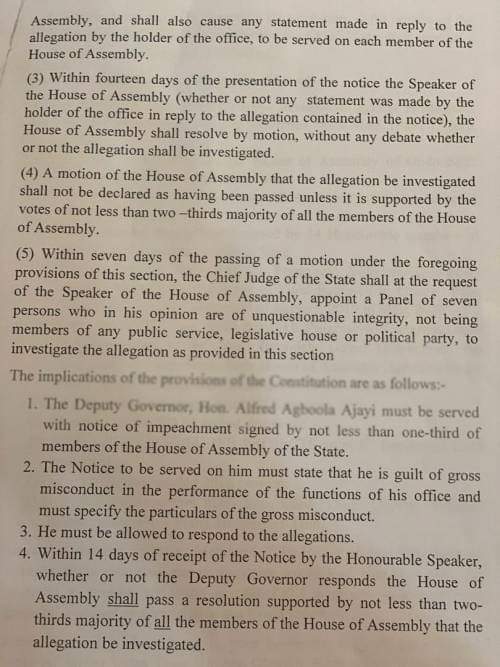 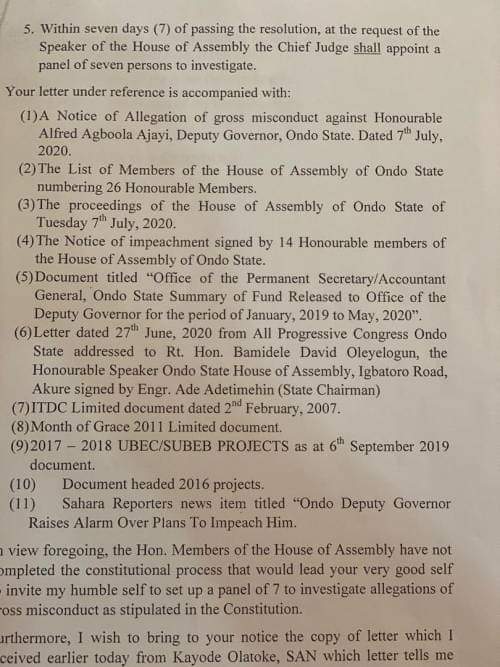 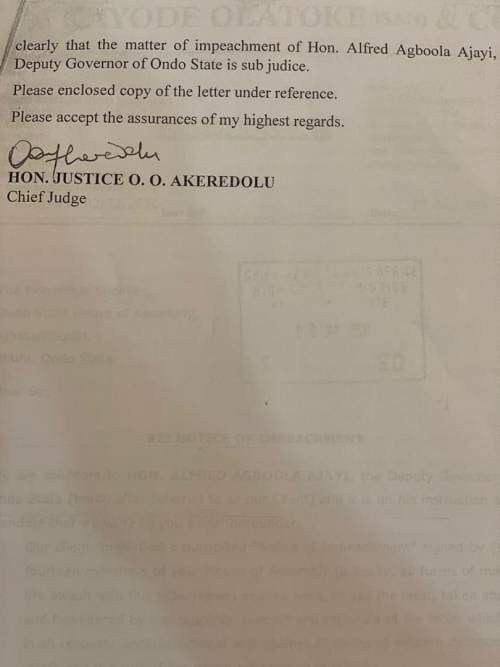 Third Term Resumption: Private schools can charge fees, they are not charities – FG

UN, US commiserate with Lebanon after deadly explosions kill 100 + video

Gov. AbdulRazaq sets up panel to probe sale of Kwara assets from 1999 till date