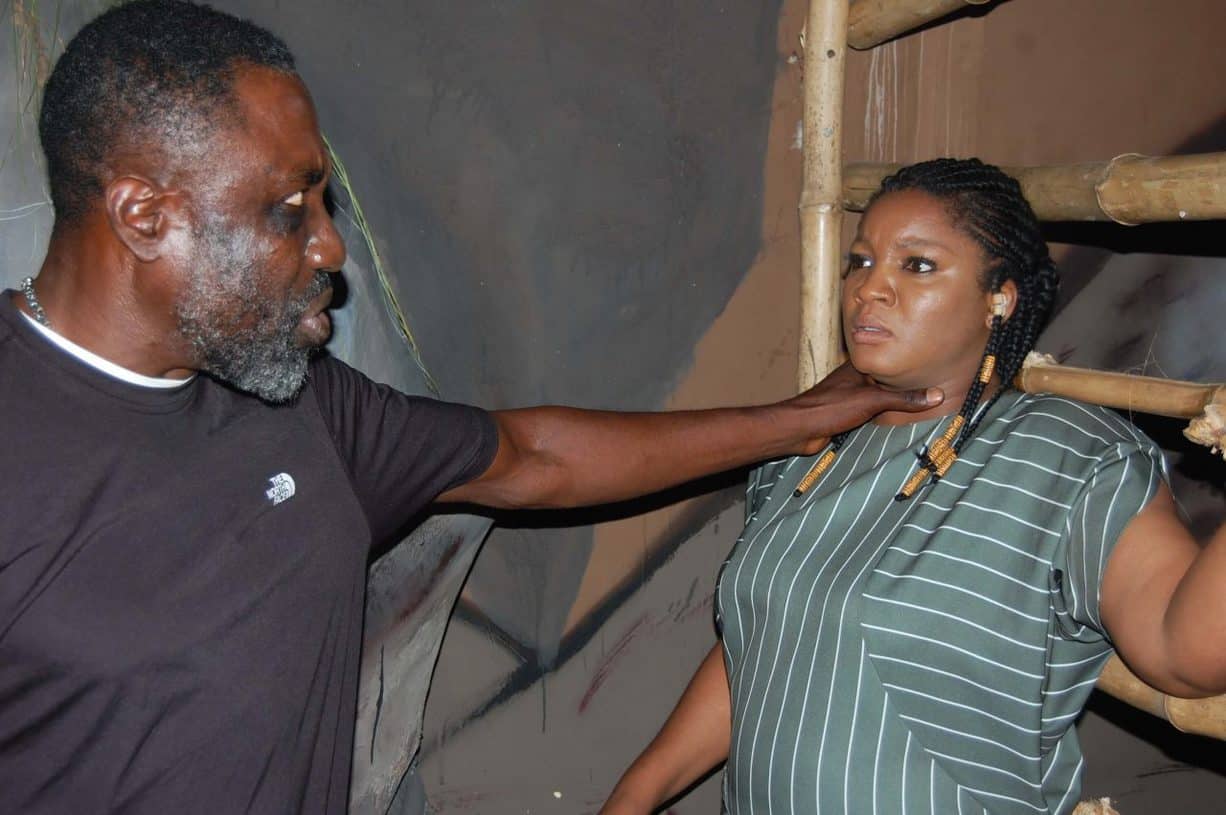 Share
Facebook Twitter LinkedIn Pinterest Email
Nollywood stars, Omotola Jalade-Ekeinde and Sola Sobowale, have joined the stellar cast, including two Hollywood stars, in the much-anticipated blockbuster movie: “Shadow Parties.”
The movie, which already has gone through the post-production stage, is sponsored by Media Concept Studio and is produced and directed by seasoned filmmaker, Yemi Amodu.
Jalade-Ekeinde is the lead actress, while hunk actor Yemi Blaq plays her opposite.
Energetic actress Sobowale joined the other cast of Lucien Morgan, Hollywood actor and producer known for An American Wolf in London (1981), Theft Unexpected (2013) and Return of the Don (2016), and Magdalena Korpas, Poland-born Paris-based film and stage actress.
Speaking on the upcoming flick, Amodu said movie lovers should watch out for a very good movie with a twisting plot and an enriched production.
He explained that it was pretty easy choosing Jalade-Ekeinde as the lead actress, not just because she is marketable but for the fact that she is a good actress and interprets role excellently.
“Shadow Parties” is a story about Aremu (Ken Erics) who hails from Aje, a town that neighbours Iludun, where his wife, Arike (Toyin Aimakhu) was born.
Known for fratricidal wars, which had claimed the lives of Arike’s parents, the towns were once more time thrown into war after the kinsmen of Aremu decided to burn his wife and child, claiming she was an enemy, which then triggered a reprisal from the Iluduns, led by Lowo (Yemi Blaq), Arike’s brother.
A paradox of communal clash, Shadow Parties encapsulates the endless political intrigues that would later transform into blood business of arms and ammunition and of course the killings of innocent residents, which is an exposition of reality.
Amodu explained: “This is a story on communal clashes; like the issue of the herdsmen. We have so many issues bordered on insecurity in the society that needs to be talked about. As a filmmaker, it’s my duty is to help the society. ‘Shadow Parties’ has a lot to do with the society. It is not just producing film for fun; though we have different themes in the movie. There’re drama elements that are entertaining, but the story is didactic enough to teach moral and exposing the evil involved in communal clashes.”
Other casts in the movie said to have gulped over N100 million are Segun Arinze, Prince Jide Kosoko, Hafiz Oyetoro, Said Balogun, Sola Kosoko, Rotimi Salami and others.
“Shadow Parties, shot across major South West cities of Lagos, Ibadan, Erin Ijesha, Akure and Ekiti, will soon hit the cinemas after a round of exhibitions at major international film festivals across the world.
Hollywood Omotola Jalade Ekeinde Shadow Parties Sola Sobowale
Share. Facebook Twitter Pinterest LinkedIn Tumblr Email