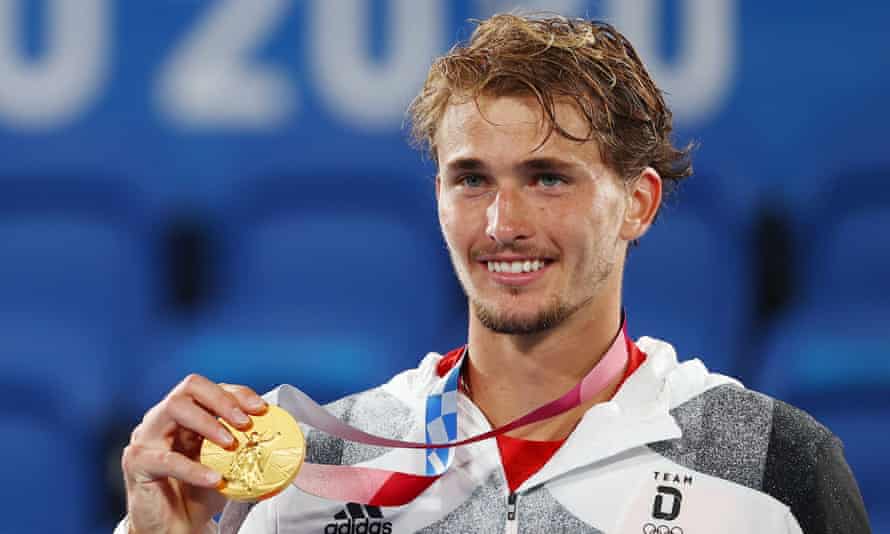 Alexander Zverev produced the finest performance of his career to date to win Olympic singles gold at Tokyo 2020.

The world No.5 crushed 12th seed Karen Khachanov under the weight of 27 winners – almost four times as many as his opponent – to win 6-3 6-1 in just 79 minutes at Ariake Tennis Park.

The victory marked the first Olympic singles gold medal for Germany since Steffi Graf triumphed in Seoul in 1988 – someone Zverev ensured would remain unmatched in tennis history as the only player to achieve the calendar-year Golden Grand Slam following his semifinal upset of world No.1 Novak Djokovic.

The top-seeded pair became their country’s first women’s doubles gold medallists at an Olympic Games after Czech teams won silver medals in the event in 1988, 1996 and 2012.

Despite the loss Bencic has enjoyed a hugely impressive Olympic campaign, departing Tokyo with gold and silver medals thanks to her win over Marketa Vondrousova in Saturday night’s singles final.

Zverev’s Olympic victory earned the German a 16th career title. Among that number are four ATP Masters titles and a win at the lucrative ATP Finals in 2018.

Judging by the way he sunk to his knees and celebrated his win over Khachanov, none of those trophies match the significance of what he achieved in Tokyo.

Zverev began commandingly, belting an overhead winner to break for a 2-1 lead.

And by the end of the first set, he had struck 15 winners to just three from Khachanov – a player not short on power himself.

“A gold medal for me at the Olympics, the value is incredible. The Olympics is the biggest sporting event in the world. There is nothing compared to this.”

Zverev then surged to a 3-0 lead in the second, striking 40 per cent of his shots inside the baseline – uncommonly aggressive positioning for a player who has frequently been criticised for playing too passively despite obvious physical weapons.

That lead became 5-0 before Khachanov finally got on the board.

But despite a slight wobble when serving for the gold medal at 5-1, Zverev recovered from 0-30 down to complete an authoritative performance.