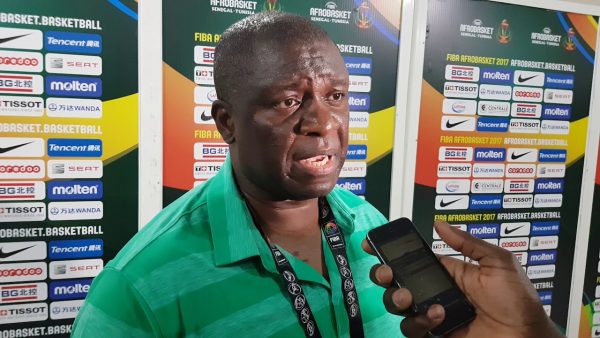 Ahead of Sunday’s final game against host China, D’Tigers Head Coach, Alex Nwora, has noted that grinding out a win is achievable but will not come easy.
With just one more win standing between the team and an automatic 2020 Tokyo Olympics qualification, Nwora said picking the maximum win against China is non-negotiable.
He said: “We have to roll up our sleeves and fight. China is a very good team and well coached and playing in front of their home crowd. It’s going to be a very good test for us.”
He described his team as a balanced one declining to tip any player for the demolition job against China on Sunday.
Nwora said: “I know that we have the experience, the skill set and talent to compete with anybody. We have a lot of talents on the team.
“Looking at the 12 guys on the roster, they can all play.
“One day, some guys will step up while on some other days, it will be different set of players.
“We are running a system that will allow everybody to be efficient.”
Nwora waved away any form of pressure playing against China saying the Olympics ticket is just enough motivation for his team in their last game at the World Cup.
He said: “It means a lot because you know we have already fallen short of our goal of moving forward in the medal table, we are here now, fighting to make sure that we get a ticket from here to the Olympics.
“It is just a consolation for us to qualify from here to the Olympics.”
Nigeria and Tunisia are the two teams left in the race for the sole ticket for Africa with one match to go.
Enjoying a superior point difference, Nigeria has held on to the top spot ahead while the 2017 Afrobasket winner, Tunisia are closely behind on the second spot with inferior points difference.
A win against China will ensure D’Tigers’ return to Asia in the summer of 2020 for the Olympics.