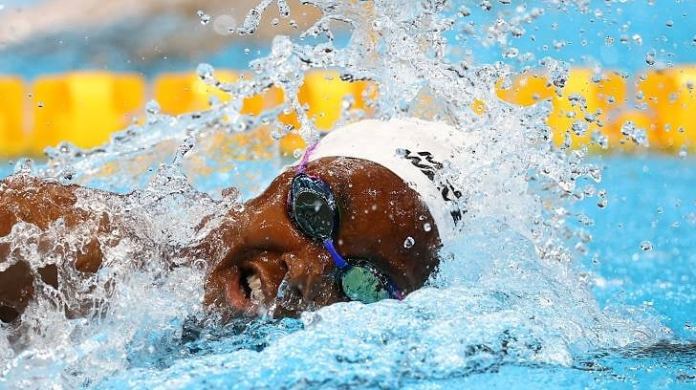 Nigerian swimmer Abiola Ogunbanwo got the country its second win at the Tokyo 2020 Olympics after claiming victory in heat 1 of the women’s 100m Freestyle swimming event in a time of 59.74s, breaking Ngozi Monu’s 14-year record.

Ogunbanwo, 17, swam to a new National Record of 59.74s, making her the first Nigerian woman ever to swim under the one minute mark in this event. Ogunbanwo broke Monu’s longstanding record of 1:00.50 which had stood for 14 years, and now has two Nigerian records in her bag.

The Nigerian finished ahead of Andela Antunovic of Montenegro (1:00.01), Nepal’s Gaurika Singh (1:00.11), and Mineri Gomez of Guam (1:04.00). Although she finished in an overall ranking of 48th place when the six heats were concluded, Ogunbanwo’s time was not enough to secure the teenager a spot in the semi-finals.

Having entered the competition with a Personal Best of 1:00.77, going under one-minute was going to be a big improvement for her, and it showed in how strongly she finished particularly in the last 50m of the race.

Ogunbanwo can hold her head up high after adding the 100m national record to the 400m freestyle and 200m breaststroke national records she currently holds.

Her outing at the Tokyo Olympics will undoubtedly be important for her swimming development.