Olukoya on Bonnke’s death: A General has gone home 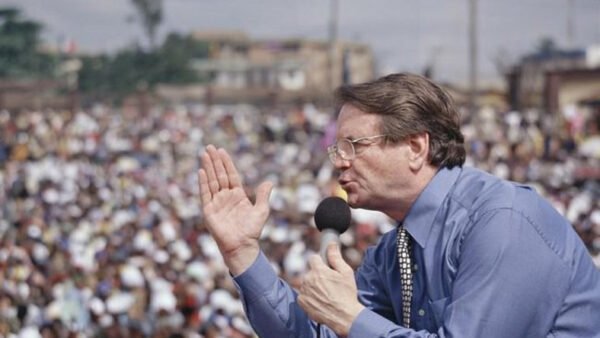 The General Overseer (Worldwide) of Mountain of Fire and Miracles Ministries, Dr. Daniel Olukoya, has condoled with the Christ for All Nations over the transition of its Founder, Evangelist Reinhard Bonnke.
Olukoya said with the passing of the evangelist, a General has gone home.
He said: “The evangelist was a great tool and instrument in the hands of God.
“During his lifetime, Bonnke relentlessly and selflessly worked for God. He was passionate about the kingdom and he spent over 60 years of his life doing so.
“Now, it is left for every one of us to continue in the kingdom work.
“The Evangelist Reinhard Bonnke has done his part and has passed on the baton.
“The MFM, as a church, worked closely with him during his lifetime and it was a great privilege and it’s all for the advancement of the kingdom of God, according to the great commission.”
Olukoya also reached out to the family of the late evangelist, saying: “Our dear brother has gone to be with the Lord but God loves him most. May God continue to uphold the family and grant them the support needed in a time as this.”
“You would recall that Bonnke’s first visit to Nigeria was in 1991 and hosted by Kano State then.
“In year 2000, he returned to Nigeria with a crusade held along Cele, Mile-2 Expressway and the farewell crusade was held in 2017 along Lagos/Ibadan expressway.”
Bonnke, who died at the age of 79, is survived by his wife, children and grandchildren.
He will be greatly missed by kingdom faithful, he added.