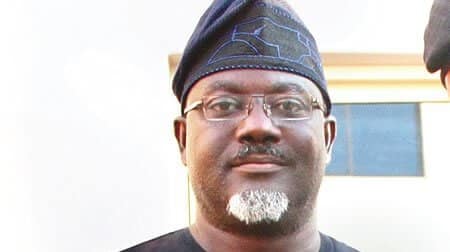 The Oyo State Government has stated that the massive attendance and response by various stakeholders to the ongoing Olubadan Declaration Review panel has justified and vindicated its action.
The Government revealed that 91 out of the 118 memoranda received during the open sessions requested for additional beaded crowns, while the remaining 27 hinged on the review of ascendancy into the Olubadan stool.
The government reiterated its position that the proposed review is not targeted at any individual or group of people, adding that it is for the development, modernization as well as growth of the traditional council of Ibadan, Ibadanland and the state in general.
It noted that change is the only constant in life, stressing that all parties will eventually be convinced of the sincerity of government’s proposition.
The government equally said that its action is within the ambit of the law of the Olubadan Declaration of 1957, assuring that it will be just and fair in examining the recommendations of the Justice Boade’s panel and align with the wishes of Ibadan people.
The State Commissioner for Information, Culture and Tourism, Toye Arulogun, stated in a statement on Sunday that the action of the government has precedence and it is in tandem with the aspirations of the people.
Arulogun said: “It is high time we reiterated our earlier position and put issues in proper perspective. The action of the government is backed by law, there are precedents, the governor has the power to review the declaration and most importantly the government is fulfilling the yearnings of the people.
“We are not being political with this issue and not targeting any individual. The purpose is to elevate the status of the Olubadan title and pave the way for the development and modernization of Ibadan chieftaincy and Ibadan towns and city. We are running an all inclusive government and our government believes in collective responsibility in the Ajumose spirit. Our decision to review the Olubadan Declaration of 1957 was a response to several calls by stakeholders and we will follow the principles of openness, fairness and justice.”
The government spokesman disclosed that members of the Olubadan-in-Council, many High Chiefs in Ibadan, stakeholders, including Central Council of Ibadan Indigenes, Ibadan Elders Forum, Ibadan Progressive Union, Association of Recognised Mogajis, All the War Lords’ families in Ibadan and eminent individuals attended the sitting of the panel, which lasted three weeks, pointing out that the panel received 118 memoranda during its sitting.
Arulogun explained that the panel, which finished its sitting on June 23, 2017 and requested for four weeks extension, received 91 chieftaincy memoranda requesting for beaded crowns in Ibadanland, while the remaining 27 memoranda hinged on the review of ascendancy into the Olubadan stool.
According to him: “The support and participation the Justice Boade’s panel received shows that the government is on course with its action. We are not doing this unilaterally, all stakeholders are involved and they have showed their support. This does not give any indication to the recommendations of the panel’s reports and we are not interested in pre-empting what the report will be. We want the people to also wait for the outcome of the panel’s recommendations and we promise to be fair and just.”
Arulogun urged the people to see the government’s action from modernization and developmental view points rather than the political, emphasising that the yearnings of the people will always be superior to individual opinions and aspirations.
He also promised that the government will not renege on its principles of openness, fairness, justice as well as the collective responsibility and all inclusiveness it is known for.