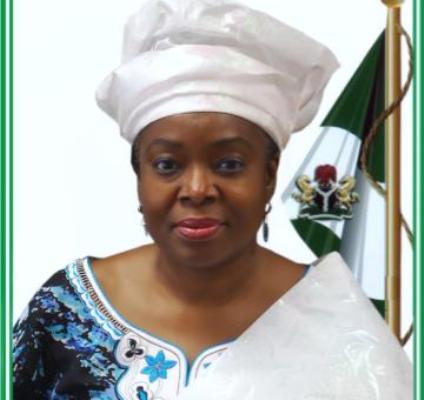 The Olubadan of Ibadanland, Oba Samuel Odulana Odugade I, and the Central Council of Ibadan Indigenes will on Saturday confer the Council’s highest honour of Merit Award on the Minister of State for the Federal Capital Territory, Oloye Olajumoke Akinjide, and seven distinguished Ibadan indigenes.
The National Secretary of CCII, Chief Waheed Ekun, who disclosed this on Wednesday, named the other recipients of the Merit Award as Primate Emeritus of Methodist Church of Nigeria, Primate Sunday Ola Makinde; the Vice Chairman of the Senate Committee on National Planning, Senator Femi Lanleyin; and the Vice Chancellor of Bell University, Prof. Adebayo Adeyemi.
Others are: former Head of Service in Oyo State, Alhaji Oladiti Oladapo; former Deputy Rector, Ibadan Polytechnic, Alhaji Lasisi Balogun; a lawyer, Chief Kareem Latunji; and an international finance expert, Chief Bisi Sanda.
Ekun said: “The Central Council of Ibadan Indigenes is an umbrella body comprising over 205 associations, clubs and societies both in Nigeria and Diaspora.
“Eight distinguished Ibadan indigenes, who are eminently qualified for the Merit Award, are to be honoured during this year’s Ibadan Festival for their contributions to Ibadanland and humanity in general.”
Meanwhile, a former Chairman of Ibadan South East Local Government, Hon. Akeem Ademola Ige, and the Coordinator of Market Women Association of Oyo State, Yomi Asaolu, on Wednesday congratulated the minister over the Merit Award, describing her as “a passionate, patriotic and visionary leader.”
Ige noted that the minister through her Olajumoke Akinjide Foundation has put smiles on the faces of over 50,000 farmers in Oyo State through provision of farming implements.
Ige said: “She is a philanthropist per excellence, bridge builder and agent of transformation.
“She has improved the standard of living of the downtrodden masses through her empowerment programme.”
Asaolu disclosed that women, youths and students would forever remain grateful to Akinjide for her contributions to the people of Ibadanland and Oyo State.
Asaolu said: “The Honourable Minister has shown kindness to the poor and needy.
“Prior to her appointment as a Minister, she had engaged in looking after women and youths.
“The market women in Oyo State appreciate her role and are grateful for all she has been doing to better their lives.”