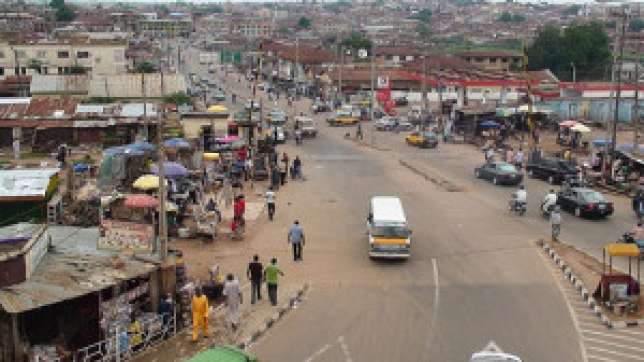 The Aki and Olasankale Ruling Houses in Omu-Aran, Kwara State have denied authorship of an alleged petition over the recent nomination of a new traditional ruler for the community.
The ruling houses made the denial in a statement by its Spokesman, Alhaji Azeez Olawuyi, made available to the News Agency of Nigeria in Omu-Aran on Sunday.
Olawuyi said the denial was against the backdrop of a recent newspaper publication ascribing the authorship of the alleged petition to the two ruling houses.
NAN reports that the kingmakers in the community had recently forwarded its nomination to the throne to the concerned local government for onward transmission to the State Governor, Abdulfatah Ahmed, for appropriate action.
This development followed the death of Oba Charles Oladele Ibitoye, the last occupant of the throne, who joined his ancestors on November 30, 2017 during a brief illness.
Olawuyi described the allegation against the concerned ruling houses over the petition as false, unauthentic and misleading.
He also said no member of the two ruling houses had written any petition against the kingmakers’ choice, adding: “The said nominee was a collective decision of the stakeholders.
“The kingmaker’s nominee is a true son of Ijoko/Olasankale family whose nomination was wholeheartedly accepted by all and sundry.
“It is our prayer that the community witness more development and achievements during his reign.”
In a similar development, the Omu-Aran Traditional Council of Chiefs and the Olomu-in-Council have also debunked the alleged plan to curse the writers of petitions against its nominee for the Olomu Stool.
Chief Festus Awoniyi, the Petu Atayero of Omu-Aran, said on behalf of the council that the allegation was imaginary and far from the truth.
“We have not received any petition against the council’s nominee; we are only awaiting further directive from appropriate quarters,” the chief said.
Awoniyi used the opportunity to appeal to the media and the public to exercise restraint and refrain from rumour mongering.
He said: “It is never in the habit, custom, tradition and heritage of the people of Omu-Aran community to curse anybody on any issue whatsoever.
“We have done what is required by law, custom and tradition as regard the succession to the Olomu stool.
“We therefore, urge the public to disregard such unwarranted allegations and join us in prayers as we await announcement for the throne from the official channel.”
NAN.