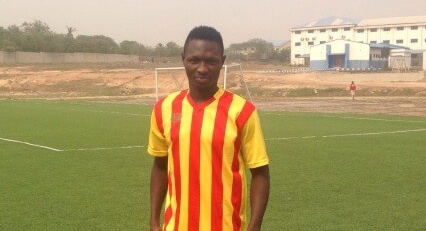 MFM FC’s Sikiru Olatunbosun’s strike has been named Goal of the Week by the influential American news channel, Cable News Network.
Olatunsoun scored a wonder strike in Matchday 10 of the Nigeria Professional Football League game at the Agege Stadium in their 2-1 win over Rangers International Football Club.
The MFM striker won the CNN Goal of the Week poll ahead of Roma’s Raja Nainggolan, Youri Tielemans of Anderlecht and Joey Jones of Woking FC.
Olatunbosun came tops with a whopping 82 per cent of votes cast ahead of Nainggolan who had 11 per cent, Tielemans at six per cent, while Jones had one per cent out of the 6,647 votes cast.