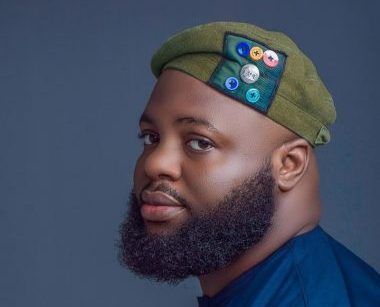 An album review by Stephen Chibuzor

“I’m a citizen of the world now, so my choice of sound is a combination of all the beautiful music I’ve heard. This is a full-time pop album, and its way, way above everything I’ve ever done. My son is a huge fan of astrology, and one day he asked me what the biggest star in the universe was. I found out; it stuck in my head and I titled the project that because it’s the biggest move I’ve made in my career.” —Olamide

delivering streetwise lyrics during his pop transitions. On his latest project, ‘UY Scuti’, his caribbean pop

sensibilities are the highlight of the 10-track tape. It’s buttressed by some brilliant beat making—throwback carribean harmonies produced by Eskeez (“Julie”), undiscovered guest

features—Fave (a new comer in the Nigerian music scene), and Layydoe (who infused an afro bashment vibe), and Olamide writing from his most self-assured position yet.

It’s as if Olamide spent the last year scouring through streaming service playlists for rhythms that could make his lessons from the streets that raised him feel more thrilling and reflect his expanding world view. He was able to adapt Caribbean melodies into his sound without damping his sharp witted pengame and it emphasized his prestige as the biggest star.

Fans’ reaction to the pop direction of ‘UY Scuti’ has been positive as it pulled over 1 million streams on Boomplay alone within the first 24 hours after it dropped. It surpassed other new releases to trend number 1 in the country on other streaming platforms though the bonus track, “Petty” was available exclusively on Boomplay. The streaming service also showed support for the project’s rollout through strategically located billboards and with their primary focus on African local and urban music for its over 60 million MUA, the favorable numbers confirmed that Olamide’s globe-trotting approach to the album didn’t discourage his local fanbase. It’s a testament to his endearing character that has also allowed him numerous opportunities to be endorsed as an ambassador to some top local and international brands.

‘UY Scuti’ positions Olamide as one of Afropop’s ambassadors as the genre continues to grow more internationally renowned following recent Grammy awards and other international recognition. As reported by Boomplay, ‘UY Scuti’ has been played over 4 million times on the platform which is impressive within the context of the streaming platform’s 68 million MAU. Olamide continues to release new albums yearly, keeping fans entertained without being afraid to experiment and explore new sounds.