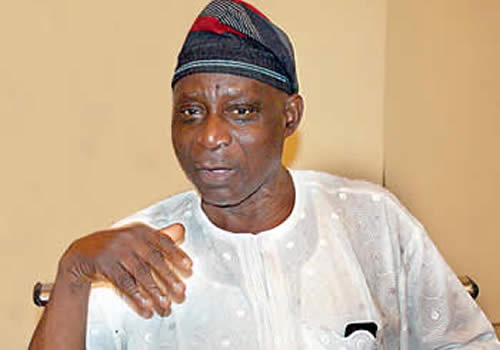 A delegate representing the South West at the National Conference, Senator Femi Okunrounmu, said on Wednesday that Nigeria needed to return to the parliamentary system of government and erase military imprints on governance.
Okunrounmu made the observation when contributing to the debate on President Goodluck Jonathan’s inaugural speech.
According to him, the county must return to the path of growth and wholesome values as well as promoting accountability and good governance.
He said: “If Nigeria is to return to the path of growth and wholesome value, we must wipe away all the negative imprint of military rules.
“We must return to true federalism and a balanced federal structure.
“The centre must devolve powers to the federating units, which are large enough to wield effectively the powers to be devolved.
“The present six geopolitical zones or the original 12 states created by General Yakubu Gowon are ideal for this purpose.
“Furthermore, if corruption is to be curbed and accountability restored to governance, we must return to the parliamentary system under which our nationalists set the pace for growth and development.”
Okunrounmu said President Goodluck Jonathan had demonstrated his uncommon courage and commitment to harmony of Nigeria by convoking the national conference.
He said that all the problems impeding the development of the country today were the cumulative legacy of the military rulers and their civilian collaborators since 1966.
He said: “We have derailed from the trajectory of growth and rectitude and fallen into that of moral and economic decline.
“While our youth are justifying in blaming their elders for the malaise, it is useful for them to know that Nigeria has not always been this uninspiring.
“Our country has not always harboured so many cheats and liars, cultists and ritual killers, rapists and kidnapers, money worshipers and religious bigots.
“Our leaders have not been so generally perceived as habitual violent pro-election riggers and self-serving treasury looters.
“All these vices today are the cumulative legacy of the misguided policies of military rulers and their civilian collaborators since 1966.
“Starting from the truncation of the federalism through the sectional skewed creation of multiplicity of states beyond the initially justifiable and balanced 12 states by General Yakubu Gowon to the introduction of the so-called presidential system.”
Okunrounmu also urged the conference not to subject its recommendations to the National Assembly in order not to defeat the aims of convening it.
He said: “Finally, I wish to advice this conference not to plant itself under constraints that were not imposed by the President.
“The outcomes of our deliberation need not go under the National Assembly.
“To send them there will defeat the goal of building a new, just and equitable society because the National Assembly itself is one institution which, has presently constituted itself to favour some sections of the country against others.”