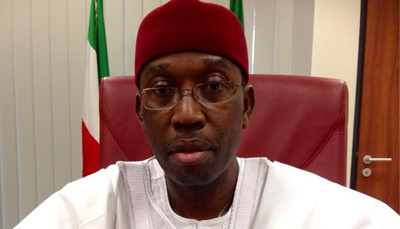 Governor Ifeanyi Okowa of Delta has approved the appointment of nine permanent secretaries for the state’s civil service and the state’s Hospital Management Board.
Information about the appointment is in a statement signed on Monday by the Chief Press Secretary to the Governor, Charles Aniagwu in Asaba.
Aniagwu stated that the appointment was in line with government’s desire to rejig the state’s civil service and reposition it for effective service delivery.
The new permanent secretaries are: Fred Edafioghor, S.E.O. Dietake, F.N Anuku, U.M. Aloba and L.O. Kekema.
Others are: A. Arthur-Prest Umukoro, C.N. Akpatiakwachukwu, G.A Puegeren and Dr A.I. Pemu.
The appointees would be sworn in at a later date.