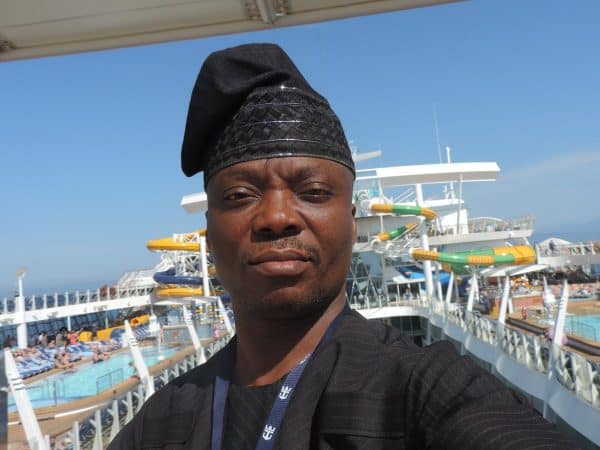 Youths in Ekiti State have been urged to be conscious of the socio-economic benefits of their involvement in promotion of cultural heritages in the state.

The Director General, Council for Arts and Culture, Ambassador Wale Ojo-Lanre, said this when he spoke with journalists at the grand finale of Ladunwo Festival in Oke-Mesi on Saturday

Ojo-Lanre noted that the involvement of youths in traditional and cultural activities is not encouraging and promised to initiate programmes and ideas that will boost their morale in the creative industry and harness the economic potentials.

He said: “Lack of interest in cultural activities is one of the side effects of globalization, but we are going change the narration by engaging them in a way that will be more beneficial and encouraging.

“One of the cardinal points of Dr. Kayode Fayemi administration in Ekiti State is restoring the value through promotion of traditional and cultural identities and great virtue of Ekiti State and that is exactly why we are calling on everybody to be involved for a greater and better future.

“The state is also ready to support youths in the creative industry with a view of discovering more talents and create jobs in the state.”

While Speaking on the Ladunwo Festival organized by Okemesi Cultural Heritage Promotion, the Chief Cultural Officer of the state said the event is one of the traditional functions that attracts government’s attention because of its relevance not only to Oke-Mesi history but to Yoruba at large.

Ojo-Lanre said: “This is a well packaged programme.

“You can see hundreds of masquerades and other cultural activities going on.

“There is no violence and everybody is in a joyous mood.

“I am sure by next edition, there will be improvement  and increase in the number of sponsors and participants, number of local and foreign tourists would increase and the economy of the hosting communities and the state would be affected positively.”

Prince Kayode Oni, Chairman of the Organizing Committee, said the triennial event is a celebration of ancestral masquerades known to be an agent of peace and progress in the town.

One said: “We do have masquerades festival annually but Ladunwo is triennial because that is the tradition and we are happy with the development.

“We hope there would be improvement in the subsequent edition.”