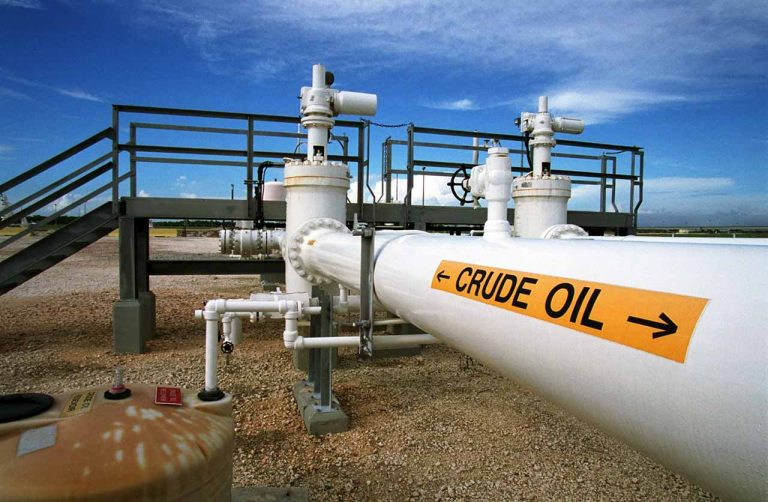 The Petroleum and Natural Gas Senior Staff Association of Nigeria has accused the Armed Force of Nigeria of complicity in crude oil theft in the country.

The leadership of the oil workers’ union stated this when it appeared before the Senate Ad-Hoc Committee on Wednesday.

This was even as the Nigerian Upstream Petroleum Regulatory Commission declared that about 95.4 million litres per day or 600,000 barrels is lost since a barrel contains 159 litres.

PENGASSAN, while appearing before the Senate committee mandated to investigate Oil Lifting, Theft and the impact on Petroleum Production and Oil Revenues, indicted the Nigerian Military for persistent of crude oil.

Osifo alleged that the Military and other security agencies were aiding and abetting criminals to steal the crude with the active connivance of the regulatory agencies in charge of the nation’s petroleum industry.

He therefore challenged the regulatory agencies and various security outfits to be alive to their responsibilities in order to solve the problems.

He specifically alleged that men of the Amphibious Brigade of the Nigerian Army in Port Harcourt, Rivers State and their counterparts in the Nigerian Navy in connivance with superior officers at different times joined the locals in the theft.

He said: “One of the greatest problems we have, which nobody has highlighted, is that there is a strong connivance of our security forces in the crime.

“There is no doubt about this.

“From our Army to our Naval officers, we have information that they pay their superiors to post them to some areas in the Niger Delta.

“I can authoritatively inform this committee that men of the Nigerian Army and the Navy pay their superiors to be posted to Niger Delta.

“Even when the former Commander of the Amphibious Brigade in Port Harcourt was removed, many of the men in the Command resisted to be posted out due to lucrativeness of their operational areas.

“I think the people who have solution to this problem are not even the ones sitting here.

“They are the ones you will invite behind the camera.”

In his own submission, the Executive Commissioner, Corporate Services and Administration in NUPRC, Jide Adeola, said about 600,00 barrels of crude oil are stolen per day.

Adeola said as at today, Nigeria produces 1.23 million barrels of crude oil per day as against 1.8 million barrels targeted, leading to total revenue loss of $2.1 billion or N877 billion.

Worried by the submissions, the Chairman of the Committee said: “I’ve never seen economic sabotage of this magnitude and it must be stopped.

“The required political will through instrumentality of legislative intervention shall surely be done after meeting other critical stakeholders like the Nigerian National Petroleum Corporation Limited, the Military, etc.”