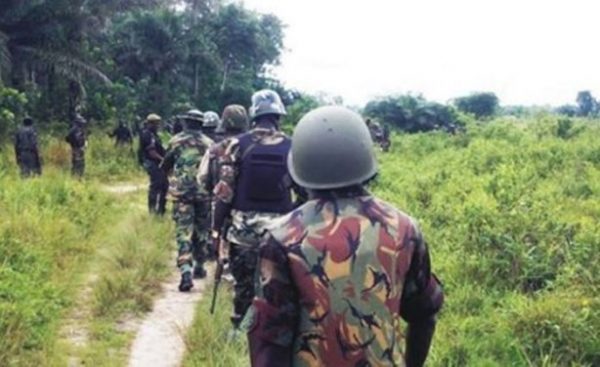 A joint military taskforce tagged ‘Operation Delta Safe’ says it seized 24 ships allegedly engaged in the evacuation of illegal oil products in the region in 26 months.
Rear Admiral Apochi Suleiman, Commander of the taskforce, made this known to the News Agency of Nigeria on Tuesday in Yenagoa.
Suleiman said the ships were seized as part of other seizures between June 24, 2016 and July 2018.
Besides, he said the taskforce destroyed a total of 1,819 illegal refineries, recovered 1,477 arms, 23,483 ammunition in 16,807 patrols conducted during the period.
He said: “Also seized are 1,601 boats, 198 barges, 258 outboard engines, 133 tanker trucks, 349 vehicles, 95 generating sets and some 6,958 sundry items used in facilitating illegal refining activities.
“Besides, the force destroyed 6,027 storage tanks, 13,663 drums and 17,300 jerry cans during the period under review.’
The commander said the force achieved the feat with the use of swamp buggy equipment capable of destroying oil distillation sites.
According to him, the special equipment crushes items used at the illegal refining camps and makes it difficult for the saboteurs to restart operations and it is environmental friendly.