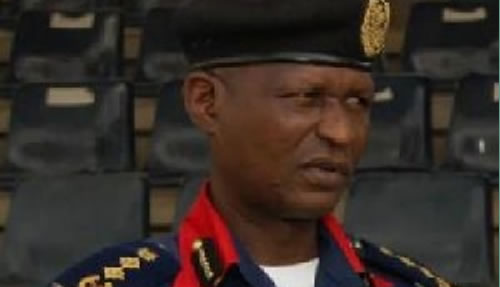 Dr. Ade Abolurin, the Commandant-General of the Nigeria Security and Civil Defence Corps, says the Corps had concluded plans to deploy about 500 drones and aircraft for proper surveillance of oil installations in the country.
Abolurin disclosed this on Monday in Abuja at a meeting with senior officers of the Corps as part of efforts to strengthen its operational strategy.
He said the move was in line with the new administration’s resolve to tackle the issue of oil theft headlong to boost the economic revenue accrued to the country.
The NSCDC boss, who decried the spate of pipeline vandalism and oil theft in the country, said the corps was working round the clock to stem the tide.
He said the corps was exploring new ways to monitor and protect the pipelines, especially the use of technology and sophisticated gadgets to track down the vandals.
“I can assure you that we are already exploring new approaches, which will include the massive deployment of technology as opposed to the outdated conventional approach you are used to,” he said.
Abolurin said some drones had already been deployed on a test run basis in some areas in the Niger Delta region such as Bayelsa State to test its efficacy.
Abolurin also said officers of the corp’s anti-vandalism unit had also undergone refresher training in line with international best practices to deal with the menace.
He said that so far this year about, 250 vandals had been directly arrested, while another 100 were arrested by other security agencies and handed over to the NSCDC for prosecution, with 35 successfully convicted.
He said the corps had also stepped up its protection of other critical infrastructure in the country such as power installation, telecommunication masts and equipment so as to ensure better service delivery to Nigerians.
The commandant-general called on the media, host communities and other stakeholders to cooperate with the NSCDC and other security agencies to tackle the challenge of oil theft and pipeline vandalism.
On the issue of the recent promotion exercise in the corps, Abolurin said the process was done transparently and in line with due process as opposed to insinuations in some quarters.
He assured Nigerians that the NSCDC would continue to do its best to ensure the security of lives and property in line with its mandate.
NAN.