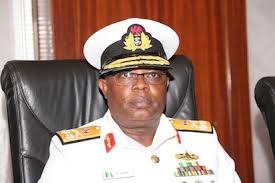 The Eastern Naval Command of the Nigerian Navy said it arrested 25 ships in connection with illegal activities on Calabar-Oron waterways in the last seven months.
Rear Admiral Atiku Abdulkadir, outgone Flag Officer Commanding of the command, made this known while handing over to his successor, Rear Admiral James Oluwole, in Calabar, Cross River State on Friday.
Abdulkadir said the illegal activities included adulteration of crude oil and theft of petroleum product, adding that the arrests were made on suspected oil thieves, tugs and Cotonou boats.
He said: “It is to the glory of the command that during my watch as FOC, we had gallant officers who had the passion to ensure that crude oil theft and maritime crimes are reduced.
“The command under my watch had also destroyed several illegal refineries on a daily basis.
“We get the information, we proceed on patrol, we arrest and destroy them.”
Abdulkadir said the destruction of impounded items was done in line with the Nigerian Navy’s mandate, which was to clampdown on crude oil theft and illegal refineries.
“We also maintain a steady patrol on our maritime domain to ensure that we secure the nation’s economic assets and other multi-million dollar offshore investments and platforms,” he said.
He said Nigerian Navy Ships Okpabana and Sagbama rescued a hijacked foreign ship, MT Maximus, off the coast of Sao Tome in February, 2016.
“We will continue to maintain our presence at sea in order to curb illegal movement, sea piracy, hijack of passengers’ vessels, oil theft and others,” he said.
The former FOC identified funding as one of the challenges he encountered during his leadership of the command.
Abdulkadir, however, urged men and officers of the command to give his successor the necessary support to enable him to succeed.
Responding, Oluwole commended Abdulkadir for his achievements at the command.
Oluwole, who solicited for the cooperation of all personnel in the command, promised to fight crude oil theft and other maritime crimes.
NAN.