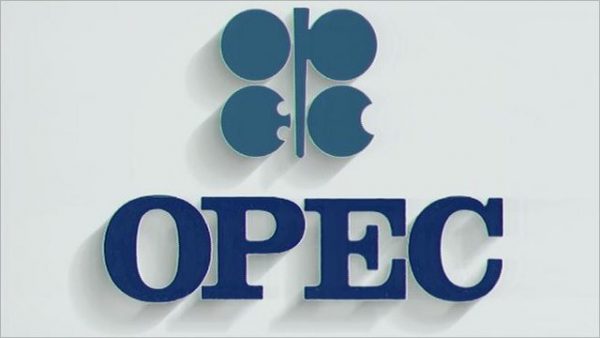 The Organisation of the Petroleum Exporting Countries has stressed the need for a quick resolution of the conflicts between the US, Venezuela and Iran.
Following geopolitical conflicts, the US has placed sanctions on Iran and Venezuela, who are both founding members of OPEC.
The Secretary General of OPEC, Mohammad Barkindo, told newsmen in Vienna that the affected countries would remain exempted from the implementation of the oil supply adjustment of 1.2 million barrels a day – owing to their situation.
Barkindo said: “We decided that because of the situation confronting these two countries and the effects of the sanctions and how it will affect their production, together with Libya will remain exempted.
“For us we will welcome a resolution of the issues that are at stake between these countries and the US.
“Sanctions distort markets  and further complicates our efforts with non OPEC members to maintain stability.
“These geopolitical tension are inimical to stability across the world and we look forward to world leaders to continue to do their best to ensure that conflicts on trade and military are avoided.
“The world needs peace and stability to ensure growth and development.”
OPEC and oil producing non-OPEC members at the just concluded 176th Conference also agreed to extend production caps by nine months .
These caps have seen some oil prices rise by as much as 25 percent this year, and has now be extended until March 2020.
Barkindo, who was re-elected at the Conference for another three-year term, applauded the “Declaration of Cooperation” between the bloc and its oil producing non-members and described it as a key factor in stabilising the oil market and ridding it of volatility and uncertainty.
According to him, since the cooperation became effective in 2016, the economies of member countries have responded positively.
“To go forward we agreed to further institutionalize the partnership so that it will be a permanent feature in the energy landscape and hence the adoption of a Charter of Cooperation which provides us with a permanent platform of working together,” he said.
He said that Nigeria and other countries had signed the charter, but urged them to also ratify the document.
The News Agency of Nigeria reports that  the Charter will serve as a voluntary platform that brings together producers on board across the policy and technical levels in a bid to continue to address all the challenges of the oil market and the energy landscape.
Recall that OPEC was founded in Baghdad, Iraq in 1960 and Nigeria became a member in 1971.