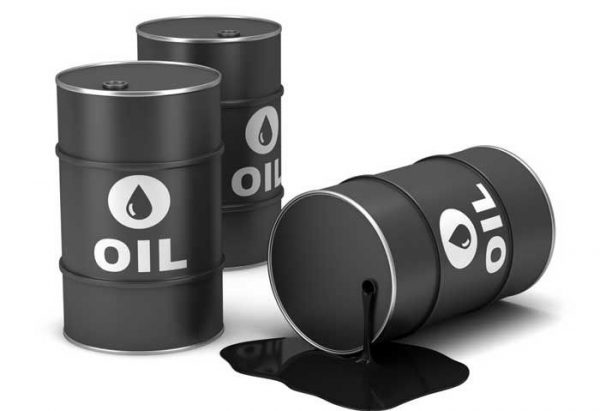 Share
Facebook Twitter LinkedIn Pinterest Email
Oil prices were stable on Tuesday, supported by hopes that talks in Beijing between US and Chinese officials might defuse trade disputes between the world’s biggest economies.
Organisation of Petroleum Exporting Countries-led supply cuts also tightened the markets.
International Brent crude futures LCOc1 were at $57.42 per barrel at 0742 GMT, up 9 cents, or 0.2 per cent from their last close.
US West Texas Intermediate crude oil futures CLc1 were at $48.56 per barrel, up 4 cents, or 0.1 per cent.
US Commerce Secretary Wilbur Ross said on Monday that Beijing and Washington could reach a trade deal that “we can live with”.
Dozens of officials from China and the United States held talks in a bid to end a trade spat that has roiled global markets since last year.
Despite optimism around the talks in Beijing, some analysts warned that the relationship between Washington and Beijing remained on shaky grounds, and that tensions could flare up again soon.
“We remain concerned about the world’s most important bilateral relationship,” political risk consultancy Eurasia Group said in its 2019 outlook.
“The US political establishment believes engagement with Beijing is no longer working, and it’s embracing an openly confrontational approach. (And) rising nationalist sentiment makes it unlikely that Beijing will ignore US provocations,” Eurasia Group said.
There is also concern that a worldwide economic slowdown would dent fuel consumption.
As a result, the hedge fund industry has cut back its bullish positions in crude futures.
S&P Global Ratings said it had lowered its average oil price forecasts for 2019 by $10 per barrel to $55 and $50 per barrel, respectively.
“Our lower oil price assumptions reflect slowing demand and rising supply globally,” said S&P Global Ratings analyst Danny Huang.
Looking at oil supplies, 2019 crude prices have been supported by supply cuts from a group of producers around the Middle East-dominated OPEC as well as non-OPEC member Russia.
“Crude oil prices have benefited from OPEC production cuts and steadying equities markets,” said Mithun Fernando, investment analyst at Australia’s Rivkin Securities.
Looming over the OPEC-led cuts, however, is a surge in U.S. oil supply, driven by a steep rise in onshore shale oil drilling and production.
As a result, US crude oil production C-OUT-T-EIA rose by a whopping 2 million barrels per day last year to a world record 11.7 million bpd.
With drilling activity still high, most analysts expect US oil production to rise further this year.
Consultancy JBC Energy said it was likely that US crude oil production was already “significantly above 12 million bpd” by early January.
Reuters/NAN.
crude oil LCOc1 oil prices opec United States of America
Share. Facebook Twitter Pinterest LinkedIn Tumblr Email