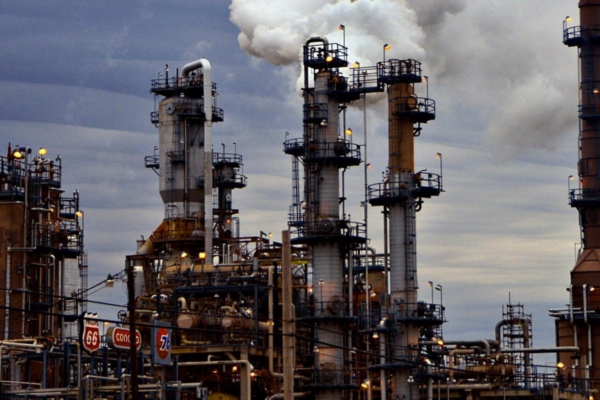 Oil prices rose alongside global markets on Tuesday as U.S.President Donald Trump said a summit in Singapore with North Korea’s Kim Jong Un had made “a lot of progress” .
This announcement is boosting hopes of a deal to end a nuclear standoff on the Korean peninsula.
Brent crude futures were trading at 76.55 dollars a barrel at 0547 GMT.
US West Texas Intermediate crude futures were at 66.24 dollars a barrel.
Markets were held back by signs that output is rising from top producers Russia, the United States and Saudi Arabia.
Traders said activity was also muted ahead of a meeting between the Organization of the Petroleum Exporting Countries and some of its allies on June 22.
The meeting may determine the crude production policy of several major producers.
Global markets rose after Trump said a closely watched summit with Kim on Tuesday had made “a lot of progress”.
It was “really very positive” after he and Kim signed a document following talks in efforts to end a nuclear standoff on the Korean peninsula.
“Any positive outcome could be good news for markets,” said Shannon Rivkin, investment director at Australia’s Rivkin Securities.
Beyond the Singapore summit, crude has been generally supported by healthy demand and voluntary production cuts led by OPEC.
Some oil market fundamentals, however, point to lower prices, with output from the three biggest producers, Russia, the U.S. and Saudi Arabia on the rise.
Russian production has reportedly climbed from below 11 million barrels per day to 11.1 million bpd in early June.
In the U. S., output has risen by almost a third in the last two years, to a record of 10.8 million bpd.
“The deluge of U.S. crude production continues to hold the top-side in check,” said Stephen Innes, head of trading at futures brokerage OANDA.
Top exporter Saudi Arabia, which has so far led OPEC’s efforts to withhold supplies, is also showing signs of raising production.
In physical oil markets, Middle East light crude grades are set to trade at discounts against their respective official selling prices amid ample supplies to Asia, including from the U. S., four trade sources said on Tuesday.
Saudi Arabia has told OPEC that it increased oil output to a little more than ten million bpd in May, up from 9.9 million bpd in April.
“This fits with the theory that the Saudis and Russians are subtly moving toward a change to the agreement at this month’s meeting,” said Greg McKenna, chief market strategist at futures brokerage AxiTrader.
Other producers are also increasing output.
Kazakhstan’s oil output in the first five months of 2018 rose 6.4 per cent from the same time a year ago to 37.7 million tonnes (1.83 million bpd), the Deputy Energy Minister Makhambet Dosmukhambetov said on Tuesday.
OPEC, together with some non-OPEC producers including Russia, started withholding output in 2017 to end a global supply overhang and prop up prices.
OPEC and its partners are due to meet at its headquarters in Vienna to discuss policy.
Innes said: “Expect more of the same whippy markets driven by rumours and innuendo ahead of the June 22 Vienna OPEC meeting.”