Oil prices end in losses in last trading hours of 2015 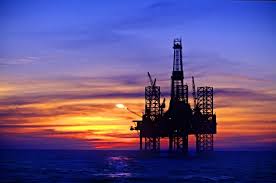 Oil prices headed for a second year of steep losses in their last trading hours of 2015 as Organisation of Petroleum Exporting Countries supplies created an unprecedented global glut that may take another year to clear.
US West Texas Intermediate crude futures traded 10 cents lower at $36.50 a barrel on Thursday, while Brent was 4 cents lower at $36.42 a barrel.
Brent prices are set for a third year of declines after ending 2013 slightly lower and falling sharply over the past two years.
Prices fell 3 per cent on Wednesday as crude inventories in the US rose 2.6 million barrels last week, the US Energy Information Administration said, echoing high stocks in Europe and Asia.
Bjarne Schieldrop, chief commodity analyst at SEB in Oslo, said: “We have brimming oil inventories in Europe. And our predictions are that oil inventories in Asia are going to get closer to saturation in the first quarter.
“This means that most of the global surplus will have to be stored in still available storage capacity in the U.S.”
The immediate outlook for oil prices remains bleak.
Goldman Sachs has said prices as low as $20 per barrel might be necessary to push enough production out of business and allow a rebalancing of the market.
Morgan Stanley said in its outlook for next year that “headwinds (are) growing for 2016 oil”.
The bank cited ongoing increases in available global supplies, despite some cuts by US shale drillers in particular, as well as a slowdown in demand, as the main reasons.
“The hope for a rebalancing in 2016 continues to suffer serious setbacks,” the bank said.
Traders expect some US oil to be supplied into global markets, following the surprise lifting of a decades-old US crude export ban in December.
The suspension ended a year’s old discount in US crude prices to international Brent CL-LCO1=R.
“At a time when U.S. shale is facing headwinds due to the collapse in crude oil prices… U.S. crude oil exports are likely to help reduce congestion concerns in the U.S.,” ING bank said.
Oil began falling in mid-2014 as surging output from the Organization of the Petroleum Exporting Countries, Russia and U.S. shale producers outpaced demand.
The downturn accelerated at the end of 2014 after a Saudi-led OPEC decision to keep production high to defend global market share rather than cut output to support prices.
OPEC failed to agree on any production targets at its Dec. 4 meeting in Vienna, cementing its decision to protect market share.
Russia and OPEC show no signs of reining in production, leading traders to establish record high active short positions in the market that would profit from further crude price falls.
Reuters/NAN.