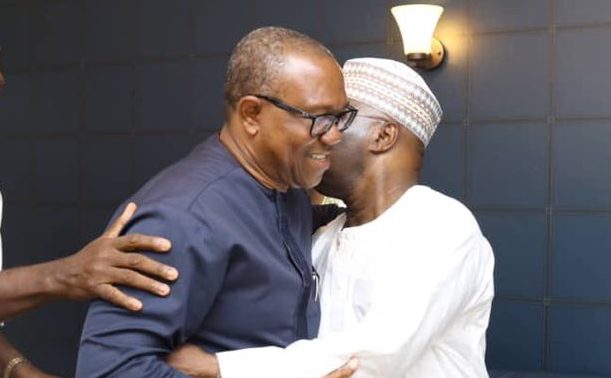 Share
Facebook Twitter LinkedIn Pinterest Email
The Ohanaeze Ndigbo, Indigenous People of Biafra, Movement for the Actualization of the Sovereign State of Biafra and Alaigbo Development Foundation have renewed their vow to vote for the presidential candidate of the Peoples Democratic Party, Atiku Abubakar, and his running mate, Peter Obi.
The groups revalidated their positions after a meeting of Igbo stakeholders in Enugu on Thursday.
The communique of the meeting, read by the President General of Ohanaeze Ndigbo, Chief Nnia Nwodo, called on all Igbo registered voters both at home and outside Igbo homeland to come out en masse to vote for the Atiku/Obi ticket.
It said Saturday’s election is a collective struggle for freedom and Ndigbo must be part of it.
The communique reads in part: “Ohanaeze Ndigbo Worldwide in collaboration with Alaigbo Development Foundation convened an emergency meeting of Igbo Stakeholders today, February 21, 2019 at Enugu, the aim of which is to exhaustively review recent events in the Nigerian polity as they relate to Ndigbo in particular, especially in the aftermath of the postponement of the Presidential and National Assembly elections in the country; and to express the solidarity and commitment of all Pan-Igbo groups and stakeholders to work together in view of the dire situation facing Nigeria in general and Ndigbo in particular.
“All pan-Igbo organizations and stakeholders including IPOB and MASSOB commit to work together in the spirit of ‘onye-aghana-nwanneya’ even in the face of existential threat confronting us as a people.
“We agree that the irreducible minimum for Ndigbo that will be acceptable for their continued participation in the Nigerian enterprise will be a renegotiated and restructured Nigeria based on equality, equity and justice, for the component regions and individuals who will live under its authority.”
Post Views: 0
Alaigbo Development Foundation Atiku Abubakar IPOB MASSOB Ohaneze Ndigbo PDP Peter Obi
Share. Facebook Twitter Pinterest LinkedIn Tumblr Email