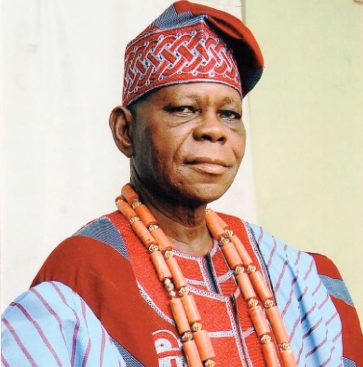 A large number of widows and widowers will benefit from the generosity of the Onigbein of Igbeinland, Oba Festus Oluwole Makinde, as part of activities to mark his 15th coronation anniversary.
The empowerment programme, which is part of the seven-day coronation anniversary that is expected to hold at the three old Igbein settlements of Odo Igbein, Iboto Igbein and Orile Igbein on August 27, 2019, will be preceded by a press conference, homage paying and royal procession, with Oba Makinde on a horse.
According to a news release signed by the Baaroyin of Igbeinland, Chief ‘Femi Shodunke, also there will be free social media workshop and ward completion for youth corps members in Obafemi/Owode Local Government, which will hold in partnership with His Royal Majesty Heritage Forum.
Shodunke added that Oba Makinde, who is the Patron of HRMHF, will confer chieftaincy titles on five chiefs.
The chiefs, according to Shodunke, who is also the Public Relations Officer of Egba National Association USA and Canada, are Hezekiah Oluwole Wasiu Ariyo (Bobagunwa), Adewale Haruna Adepegba (Bashorun), Saubana Adisa Sobowale (Aremo Jaiyeoba), and Engr. Funso Ayeni (Aare Soludero).
“The royal father will rededicate his ultra-modern and multi-purpose palace to Igbein people and future generations on Saturday August 31, after Friday’s Jumat service at Central Mosque, Ofada,” the palace spokesperson explained.
He stressed that the event will be rounded off with a thanksgiving service on Sunday at St. John’s Church, Igbein Abeokuta, which will be followed by various social activities at the Onigbein Palace, Loburo, opposite the Redeemed Christian Church of God along Lagos-Ibadan Expressway in Ogun State.
According to Shodunke, Oba Makinde expressed appreciation to God for keeping him alive on the throne of his forebears, particularly for the benefits of Igbein people, Egbaland and humanity.
The royal father stated that he remained committed to re-dedicating the rest of his life to ensuring the betterment of the society within his ambit with various people-oriented programmes.