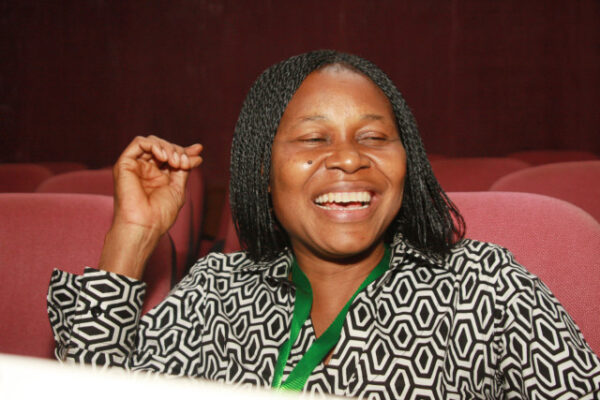 A women’s rights activist, Dr Joe Okei-Odumakin, has called for a state of emergency in the health sector in Nigeria, to check the menace of drug abuse and its effects.
Okei-Odumakin made the call on Wednesday in Lagos at an event organised by the Crime Reporters Association of Nigeria to mark the International Day Against Drug Abuse and Illicit Trafficking.
The theme of the programme was ‘Drugs are Addictive; Escaping is Hard, Don’t Start’.
Okei-Odumakin said there was an urgent need to declare a state of emergency in the health sector as there was need for more hands to deal with the menace of drug abuse and human trafficking in the society.
She said: “Drug abuse is an abnormal use of drug and too much of everything is bad. There is a nexus between drug abuse and human trafficking, as the recruitment is sometimes through drug use.
“They use the drug either to cope, control or as a reward.
“This is why I tell people that always want to be like someone that it is wrong, because you may not be able to do what they do.
“To overcome drug abuse and human trafficking, one needs to deal with the triggers which sometimes come in form of boredom, depression, loneliness, anger, rejection, anxiety and stress.
“We also need to talk to ourselves as the root is the heart. We can replace these bad habits with good habits like sports.”
The Comptroller General of Immigration, Mohammed Babandede, represented by Helen Onwuzuwike, a Controller of Immigration, said it had been observed that more people were going into drugs, which breeds crime in the society.
He said: “It also leads to suicide, which is happening at high rate in the society. Adult and even children are not left out, which should be curtailed.
“We are happy for a seminar like this, which aims at spreading the message to curb the menace.
“We at the immigration will also spread the word that drug is not good for us, it’s not good for our children, our parents and members of the society.
“You find people taking sniper to commit suicide, which is as a result of drugs which came through our borders. We appreciate this gesture by the Crime Reporters Association of Nigeria and we will also join in spreading the message.”
He said that the Federal Government was working toward making the border more secure to control illegal movement of persons, especially those involved in human trafficking.
He said: “We have a lot of officers posted to the border to make sure these irregular movements of people and drugs are stopped. The officers are trained on border management.
“We all have to come together with other security agencies to curb this menace. It’s a continuous battle; we will make sure we do our best.”
Ven. Adegoke Agara, Dean AVMCC Anglican Cathedral, Lagos, who was a guest lecturer at the event, said drug abuse and human trafficking had been a menace, which the church should also join in tackling.
He said: “We need to make people know that drug is dangerous and we should not succumb to peer pressure as a lot of destinies have been destroyed because of this.
“If there is a problem in a place, God does not come down to solve the problem, but puts the burden on people who will act on it, which is what we are doing now.
“Human Trafficking is also modern day slavery, and I pray that God will see us through.
“Drug abuse is taking illegal substances that cause addiction and loss of consciousness. An average child has the tendency of going out and getting influenced with drugs, but it takes a trained child to desist from it.
“The theme of today’s seminar is “Drugs are Addictive, Escaping is hard, Don’t Start” which is why we should not go into it.
“Churches should be involved in educating people not to go into it at all.”
The President of CRAN, Sunday Odita, said the event was a seed the association sowed to stop the menace of drug abuse for about four years now.
Odita said: “We deemed it fit to kick start this campaign to enlighten people being deceived into drugs and human trafficking.
“How long are we going to continue saying the menace of drug abuse is not our concern? What happens when our children become victims? Everyone has to come together so that we can talk about how we can at least reduce drug abuse.
“The challenge we however have in reporting cases of drug abuse and human trafficking is that victims shy away from sharing their stories because of the stigma.”

Odita urged members of the public to speak up whenever they find themselves in situations like this, stressing that it was cheaper to prevent than having to cure the addiction.
Comfort Sanni, who represented the NAPTIP Lagos Zonal Commander, Daniel Otukolo, emphasised the need for all security agencies to embrace partnership in tackling the menace of drug abuse and human trafficking.
According to her, the media and members of the public are not left behind, as it is a menace to be tackled by all.
The News Agency of Nigeria reports that the seminar attracted representatives of the Nigerian Immigration, Army, religious groups, NAPTIP, NGOs and the entertainment industry.