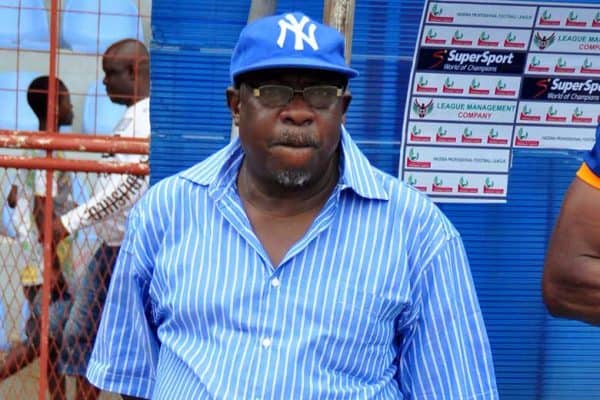 The management of Ondo State Football Agency has expressed profound sadness and heartfelt condolences to the family, club and associates of late coach Solomon Ogbeide.
Chris Okunnuwa, in a statement on Tuesday in Akure by the Media Officer of Sunshine Stars Football Club of Akure, which is managed by ODSFA, described Ogbeide as a great tactician.
The agency recalled that Ogbeide had served it at two different times.
It said: “ODSFA shares the sense of grief and great loss of the Ogbeide family and wishes to pay tribute to this great tactician who served the agency’s leading team, Sunshine Stars, greatly in two different spells.
“We have no doubt that `Epa’, as he was fondly called, will always be remembered as one of the greatest coaches and achievers in the Nigerian game.
“During this time of mourning, our thoughts and prayers are with the Ogbeides and Lobi Stars Football Club particularly. Rest in peace Epa!”
Also, in another statement, the state chapter of Sports Writers Association of Nigeria also commiserated with the family and Lobi Stars over Ogbeide’s demise.
It said: “Members of the sports writers family in the state received the news of Solomon Ogbeide’s death with shock.
“The association pays tribute to this great tactician who served the State Football Agency’s apex team, Sunshine Stars Football Club of Akure, meritoriously and recorded huge success for the team.
“No doubt, coach Ogbeide who was greatly admired by football followers will be missed and remembered for his good and highly commendable achievements with the Akure-based football club.
“It is also our belief that the football-loving people of Ondo State and indeed Nigeria will not forget his contributions to football development.”
The News Agency of Nigeria reports that Ogbeide who has been with Lobi Stars since 2017, had slumped and died on Monday.
He led the Makurdi-based club to the group stage of the 2018/2019 CAF Champions League, after helping the team to win the 2017/2018 Nigeria Professional Football League.