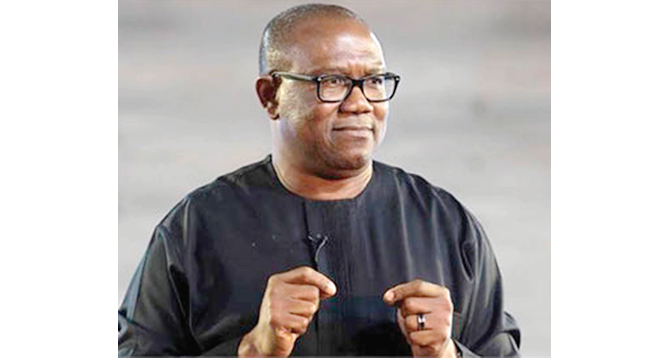 Vice Presidential Candidate of the Peoples Democratic Party in the 2019 general election and former Governor, Anambra State, Peter Obi, is among dignitaries expected at this year’s silver jubilee anniversary of the Students Union Government, Federal College of Education (Technical), Umunze, Anambra State.
Also expected at the event holding on July 18, 2019 are former Provosts of the College, Prof. Titus Eze, Prof. Chibuogwu Nnaka and her successor, Prof. Josephat Okechukwu Ogbuagu.
The SUG President, FCET, Umunze, Comrade Ezeabayi Stanley, told journalists that as part of the Silver Jubilee celebration, a legacy project, the foundation stone laying of a modern students Union Government Secretariat, the first of its kind since the inception of the College, has been performed by the Provost, Dr. Tessy Okoli.
Stanley said the union took up the task of erecting a befitting secretariat to serve the needs of the association and for the development of the institution.
He said Obi was chosen as a special guest during the celebration based on his endearing legacies and faith in the younger generation.
He said Obi’s presence in the College would impact on the character of students, who are mostly youths drawn from different states in the South East geopolitical zone.
Programmes lined up for the silver jubilee include a memorial lecture, conferment of meritorious awards and recognitions of deserving individuals, exhibition, among others.