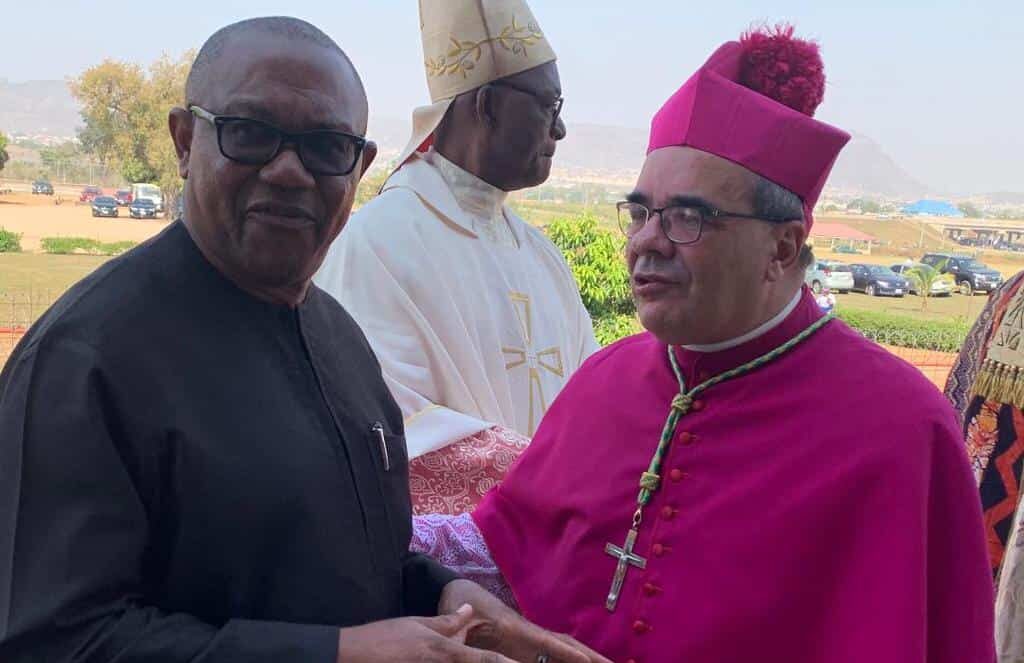 The Vice-Presidential Candidate of the Peoples Democratic Party in the 2019 election, Peter Obi, has advised the new Archbishop of Abuja Metropolitan See, Most Rev. Ignatius Kaigama, to continue with his policy of nurturing the spirituality of the people as well as implementing the social teachings of the Church.
Obi gave the advice when he spoke with newsmen on Thursday after the installation of the Archbishop at the Cathedral of the Twelve Apostles at Karsana, Kubwa.
Noting that the elevation of Kaigama was “due to his hard work, deep spirituality and administrative acumen,” Obi said it was in line with what he had been preaching: the need to appoint or elect people based on proven ability observable from their earlier appointment.
He called on the new Archbishop “to continue his good work through his support to the poor, promotion of education as the best legacy for future competition, promotion of peace and inter-religious dialogue and faithfulness to the universal Church.”
Obi also commended the former Archbishop of Abuja, John Cardinal Onaiyekan, for his services to the Church and the country and wished him a happy retired life.
He, however, reminded Cardinal Onaiyekan that his voice is still very much needed as a moral compass for a country still in search of direction.